With the qualifiers just around the corner, the Epicenter Major gave us a memorable Grand Final as Vici Gaming takes down Team Liquid after an intense BO5 series. 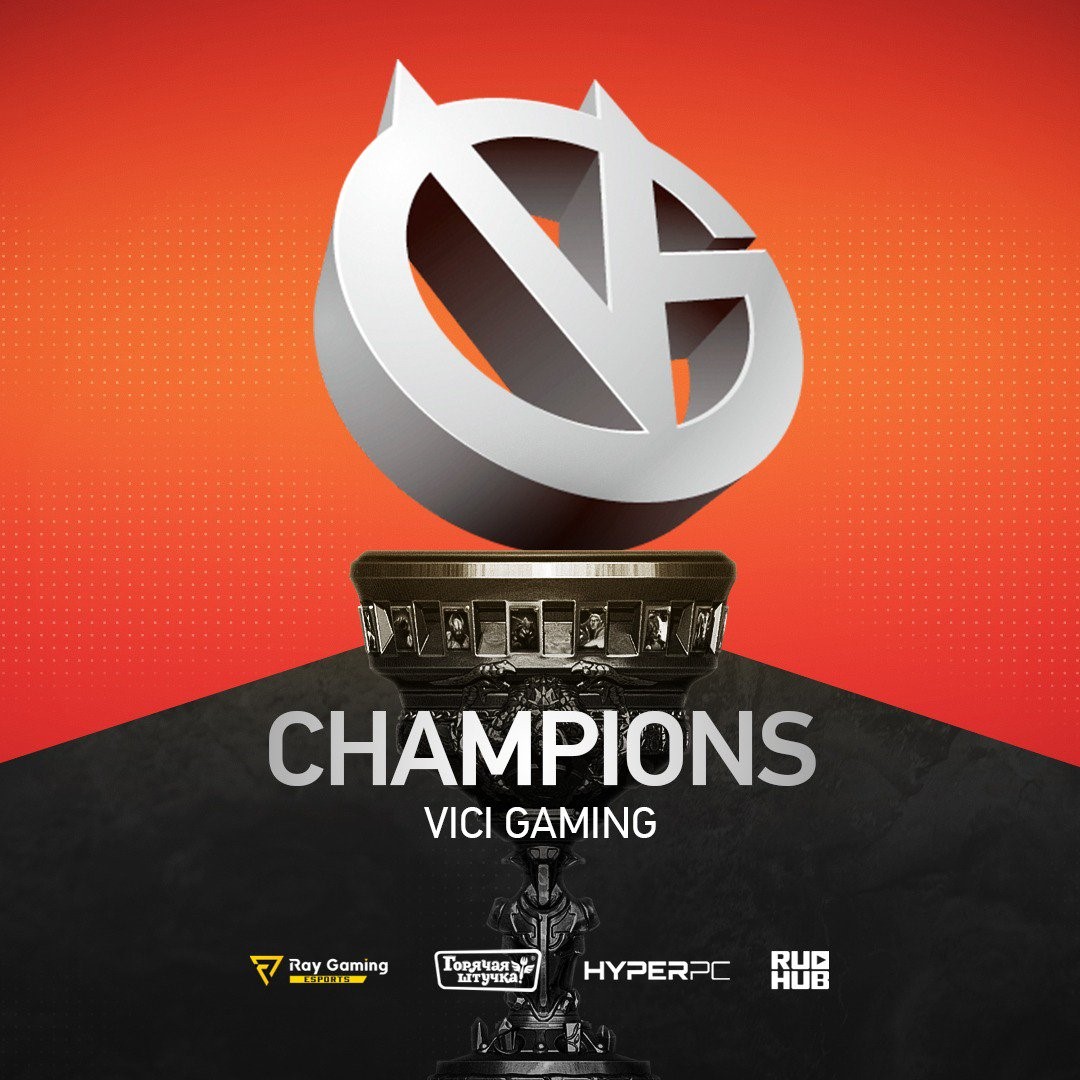 Game 1: Space for Miracle and for the win

In game 1, an aggressive VG pressured Miracle’s AM with a Dark Seer plus Spirit Breaker combo from Yang and Dy during the laning phase, but Kuroky’s Ancient Apparition and Gh’s Earth Spirit secured Miracle’s farm as they roam around the map to help W33’s Templar Assassin.

23 minutes in, Miracle’s AM was ahead in networth with almost 18k gold, but Paparazi Gyro, Fade Io, and Ori Monkey King stormed the lanes with the rest of VG. Despite losing the lane, Mind Control’s Centaur helped Liquid to secure key kills through Aghanims Stampede.

Even with Multi-hero Vacuum+Wall, Wukong’s Command, and Call Down combos from VG, Miracle was already too strong as the rest of Liquid backs him up as he pushes racks and ends the game at 43 minutes and a 47k gold lead.

With Centaur and Earth Spirit now to Yang and Fade, VG limited Miracle Slark’s farm with the help of Dy Grimstroke, Paparazi Juggernaut, and Ori Death Prophet as they rotate early in game 2. Despite quick responses and rotations from Kuroky Disruptor and Gh Rubick, Team Liquid’s W33 Windranger, Mind Control Mars know well that they can’t do much early on.

18 minutes in, the tanky Death Prophet and Centaur combo cannot be killed as they take down Liquid piece by piece while Paparazi secures their late game. Even when Liquid’s cores managed to get their needed items, VG just charges towards Liquid.

As they push mid racks, initiations from Yang Centaur allowed VG to kill Mars, Rubick, and WR to force several buybacks. After well-executed kites and pokes, VG managed to kill Liquid and take the mid racks and make Liquid tap out at 27 minutes to even the series at 1-1.

With buybacks and five-man teamfights from both teams, the kill score was deadlock at 21 during minute 27. As VG pushes towers, Serpent Wards trap Enigma while the rest of VG picks off Team Liquid using their respective ultimates.

Despite a BH from Mind Control on VG’S cores, an interruption from Medusa’s Stone Gaze cancelled it, allowing VG to wreak havoc while half of Liquid’s bot racks is taken down. Even with buybacks from Jugg and Enig, Team Liquid cannot do anything while Timber is dead without buyback as VG goes throne to take the 2-1 lead after 40 minutes.

Game 4: Liquid pulls through with Miracle Arc and Phoenix God

Both teams took their time in the early game, but as each core farmed several items, it was a warzone with multi-hero Coils and Supernova Combos from W33 Puck and Gh Phoenix, while Miracle Arc and Mind Control Centaur takes down VG’s backline consisting of Fade Rubick and Dy Warlock. However, Ori Lina, Paparazi Troll, and Yang Doom pick off kills with a little help from a stolen Soul Bind and Double Doom.

With 27-10 kill score in favor VG, a six-slotted Arc Warden starts to pick off kills using only his clone while initiations from Centaur and Grimstroke allowed Liquid to do the killing. 48 minutes in and with Team Liquid pushing VG’s mid Tier 2, Miracle with an Arcane rune waits for Rosh to respawn as he puts Spark Wraiths in the pit and as Liquid groups up in the pit, Roshan spawns- only to die within a second later to give Arc Warden the Aegis.

With a five-man sod from VG, their cores managed to kill Phoenix and Centaur even if W33 dropped a three-man Coil, the Chinese powerhouse removed Arc’s Aegis and full wipe them only at the expense of Doom. 61 minutes in, an Aegis Troll and VG tried to push top and as Doom catches the real Arc with his ult, the following VG is taken down by Liquid as a Supernova Ult from Gh saves Puck to force all 5 buybacks on VG while Miracle is dead without buyback for two minutes.

With Troll and Doom dying back, Dy Warlock and his Golems took an Ultra Kill to force four buybacks from Liquid. With only Dy surviving, W33 pushes mid and as Dy teleports to fountain, Puck greeted him with a Rapid Fire Dream Coil to complete the VG wipe and force a do-or-die game after 65 minutes of intense and chaotic teamfights.

Game 5: Vici ends the DPC with a Bloodbath

23 minutes in, VG has already pushed all Liquid’s T1 towers and Mars leading the fights together with Leshrac. With Linken, Ethereal, BKB, and Aegis on Morph at 31 minutes, initiations from Yang with Spear and Arena of Blood on Liquid, Ora and Paparazi takes down Liquid to make them call GG at 33 minutes with a 35-9 kill score. 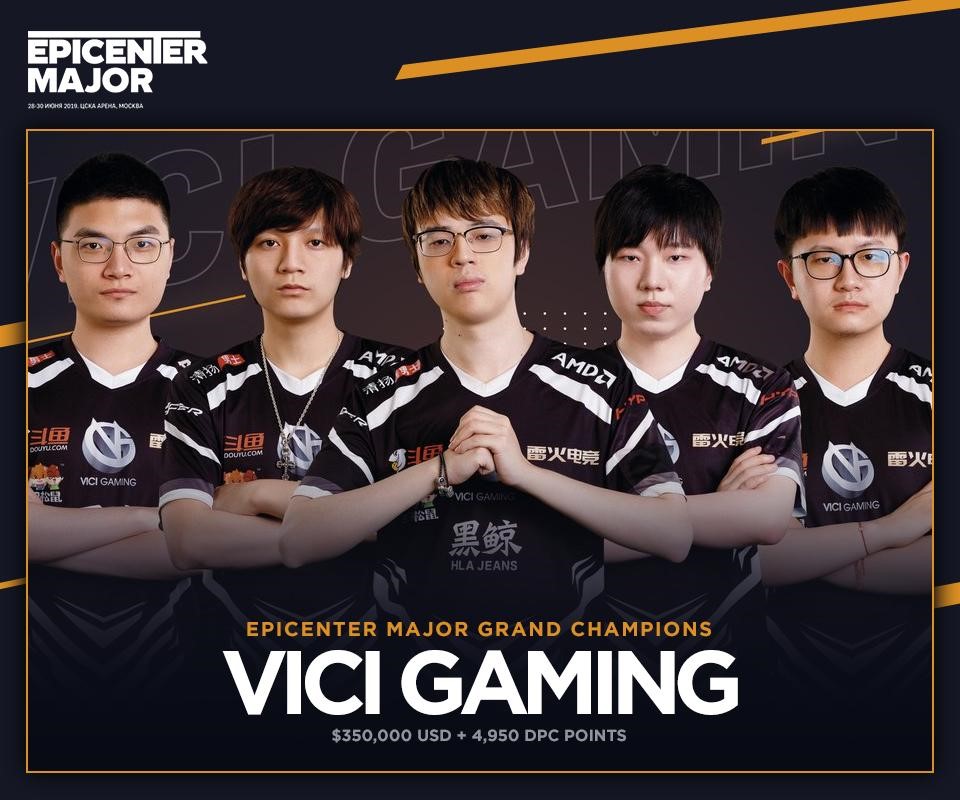 Epicenter surely brought us memorable games, what’s your favorite game from the tournament? Share your thoughts in the comments and stay tuned for more!