Virtus.pro get their revenge and an upper bracket playoff spot

Virtus.pro get their revenge and an upper bracket playoff spot

EPICENTER’s group stages ended today with Group C having a rematch of its first series – Alliance taking on Virtus.pro. While Alliance dominated the CIS squad earlier in the day, things had completely turned around by the final series of the group.

Alliance looked absolutely brilliant when they first went up against VP earlier today – destroying the team that sit second in the Dota 2 Pro Circuit point rankings in 2-0 fashion. But after facing Vici Gaming, things seemed to have gone wrong for Alliance and when they were put up against VP again to fight for a spot in the upper bracket playoffs, nothing changed. Virtus.pro executed their rematch to perfection, never allowing Alliance a moment to think about how they could make a comeback into things. 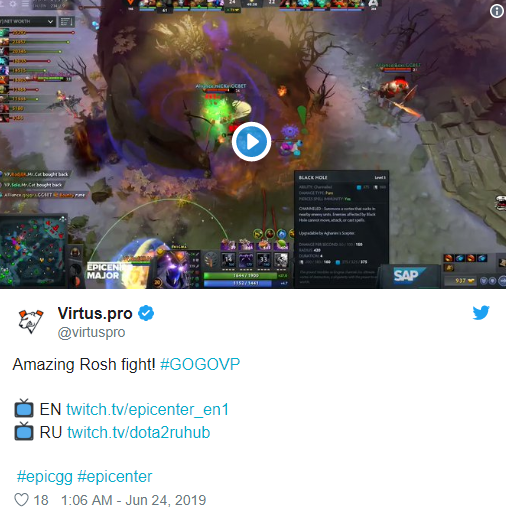 This puts Alliance in an extremely tough situation when playoffs begin as they find themselves in the lower bracket – in a best-of-one elimination match against Infamous. Losing this game could cost the team their shot at reaching The International 2019 via DPC points and push them into a particularly scary European regional qualifier. On the plus side, Alliance do get a day of rest before they have to play and hopefully will be able to gather their skills again to progress in the lower bracket of EPICENTER.

Joining them in the lower bracket from Group C was Forward Gaming, who were unable to really find many positives in their series – while VP and VG find themselves in the upper bracket and set for a great run in at the Major.

下一篇：TNC are doing it at EPICENTER Major, OG play with their coach (AGAIN)