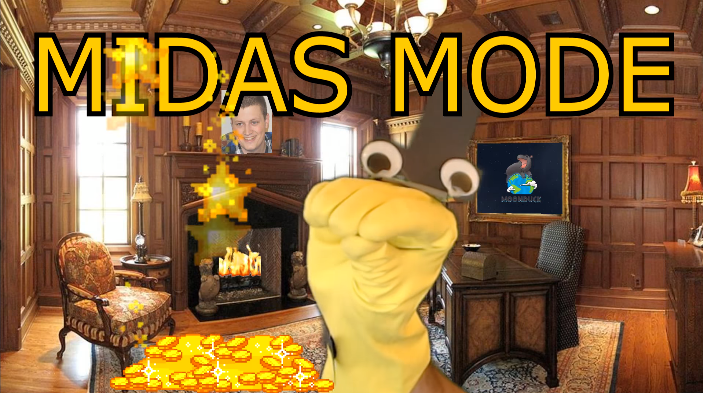 2 years it has been since the first iteration of the Midas Mode, a rather different but fun kind of game mode developed by MoonDuck TV. The game mode still features a 5v5 Radiant vs Dire gameplay but with tons of fun and exciting twists. First off, each participating team will start with a sum of virtual currency called MoonBucks (M) and everything you will do in this game will revolve around it, picking or banning a hero ( which the cost of the hero changes per match ), game pauses, completing bounties, etc.

Yes, you read that right. Completing bounties, it’s one of the new and most fun thing about Midas Mode. Each day of the tournament there will be a set of Bounties to be achieved by both teams playing and the prizes of the bounty will be MoonBucks. A few examples of these bounties are;

Happy Little Trees - 250 M - Plant a tree in the enemy fountain before 25 minutes. All chat a message when you accomplish the task. No Io/NP/Monkey King.

Mr. President! (VIP) - 350 M - Nominate a teammate as President in all chat as you leave the fountain. If that hero does not die before 12 minutes you complete the bounty

Deathnote – 300 M - Write the name of an enemy hero in all chat. That hero must die within 30 to 60 seconds of when their name is called. If any of your allies or other enemies die any time between the all chat and challenge completion then the challenge is failed. Complete before 25 minutes.

Wards – 200 M - Between 2 and 20 minutes your team may declare “War of the wards” in all chat. If you have more Observer wards placed than your opponents you gain 200 Moonbucks, if you have less then you lose 100. If teams are tied for observer wards, whichever team has more sentries will win. If it’s still tied no one wins.

Sacrifice – 750 M - Deny an item, all chat what it was. If the enemy denies a more expensive item, they get the bounty instead. You may one-up their deny and so on and so forth. When the first rax of the game falls, the bounty ends. Doesn't double if you win.

All Yours – 800 M - Before 30 minutes get Roshan below 200hp and all chat: "Rosh is all yours!" To complete the challenge, your team may not kill Roshan for the next 5 minutes.

Midas Mode 1 featured a lot of the strong teams like Evil Genius, OG, Team Liquid, Optic Gaming, Natus Vincere and many more! It was fun watching them playing a dota game and actually having fun and what’s also great is that the prize money went to charity. And now 2 years later, Midas Mode 2 is finally confirmed! 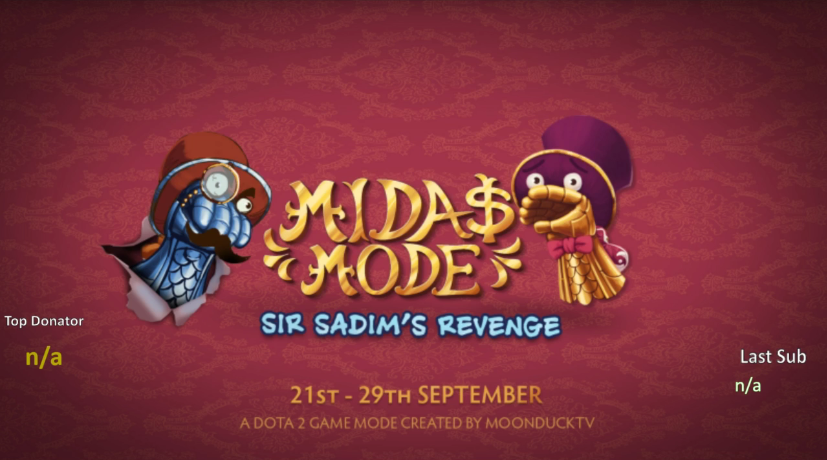 SirActionSlacks, confirmed it first on his twitter then he scheduled it to be discussed on his stream. The tournament will focus more on the live audience and viewing experience rather than the players as they will play at their homes. It will be held in an esports arena/lan center of LocalHost Arena at Denver, Colorado on September 21-29. SirActionSlacks have been continuously updating people on his stream about the updates of the tournament, so if you are interested about it go check it out. He really wants the experience to be really awesome for the people as he said on the stream that they plan a lot of fun and exciting stuffs! 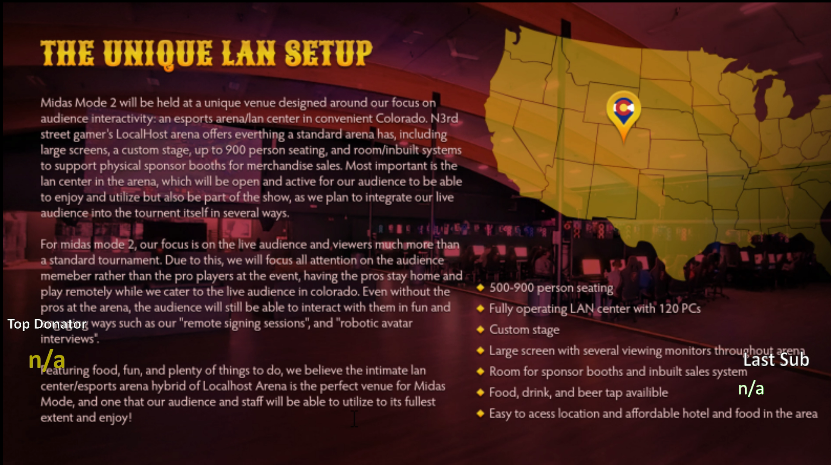 Are you excited? Tell us more in the comments! See ya on the next one.