Vitality won the seventh season of the Esports Championship Series (ECS) following a 2-0 victory over FURIA in a one-sided final.

Prior to the match, Dan "apEX" Madesclaire had confessed that his team wanted to set the record straight against FURIA after losing to the Brazilians in Dallas. Here, they looked a much better side as they dominated the game in every possible department, shutting down the aggression that has made FURIA a nuisance for so many teams.

Mathieu "ZywOo" Herbaut was once again in impressive form, but there was so much more to Vitality than just their star player. And the scoreline on Inferno could have been even more inflated had Kaike "KSCERATO" Cerato not pulled off an unlikely clutch in the first round of the series. Things are clicking pretty well for the French side, who pick up their second title in three weeks and will have almost one month to prepare for their next event, ESL One Cologne, which they will enter as one of the favourites.

As for FURIA, the match was a brutal - yet valuable - lesson about the limits of their hectic play style. They will have no time to lick their wounds, though, as they will return to action in just a few days, in the all-important closed qualifier for the Americas Minor, before flying back to Europe for Moche XL Esports.

KSCERATO opened the action on Inferno with a stunning 1v4 clutch, punishing Vitality for their over-eagerness in a round they had under control. It was a heavy blow for the Frenchmen, but the impact of that round was barely felt as a lengthy tactical pause halted FURIA's momentum. 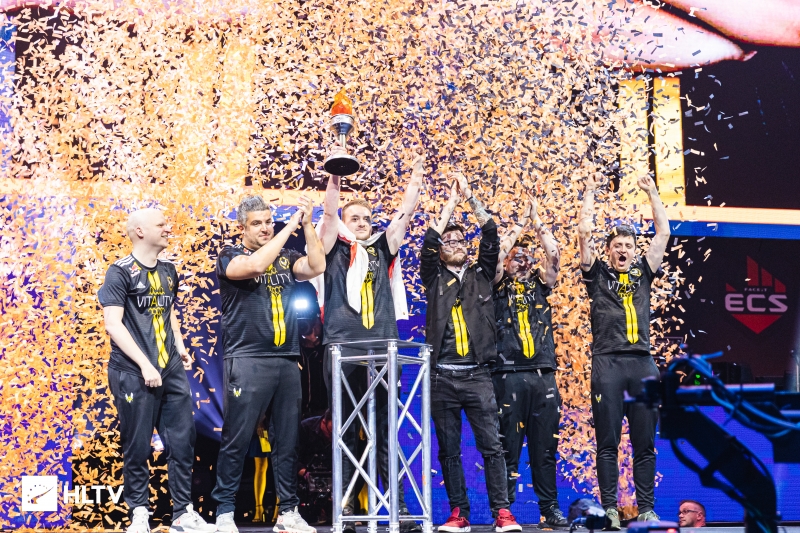 Vitality were far too strong for FURIA

Once Vitality had money in the bank, the landscape of the game changed completely. They surprised FURIA's players with a wide array of defensive setups, winning seven rounds straight without allowing a single bomb plant. Things were starting to look pretty desperate for Andrei "arT" Piovezan's side, but the Brazilians picked up the pace to bring the deficit to a minimum before the end of the half.

Vitality came out of the break still on the front foot and chained five rounds together to put even more pressure on FURIA. The Brazilians responded by taking two rounds - the second of which with another clutch by KSCERATO -, but their efforts were in vain as the Frenchmen regained control of the game and quickly wrapped things up.

The French team carried their momentum into Overpass and shut down the FURIA offense to pick up a 6-0 lead. The Brazilians still attempted a response, but three rounds were all that they could muster as they struggled to break down the water-tight Vitality defense, with ZywOo leading the charge with 19 kills.

Now playing on the Terrorist side, Vitality took the pistol round with a quick A push, piling more misery on FURIA's players. Double kills by KSCERATO and Yuri "yuurih" Santos in the first gun round still gave Brazilian fans some hope, but they merely delayed the inevitable as the Frenchmen hit back instantly to put the series to bed. 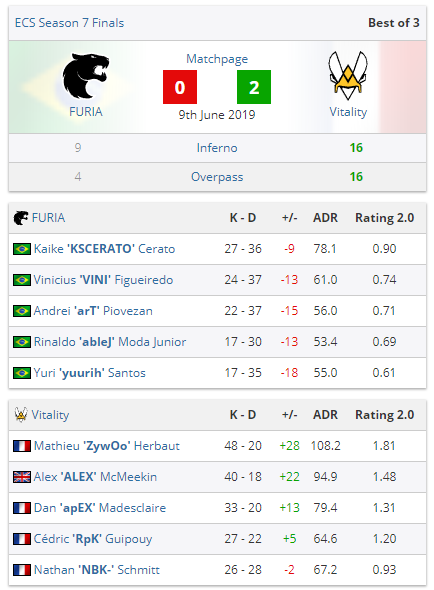 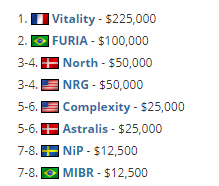