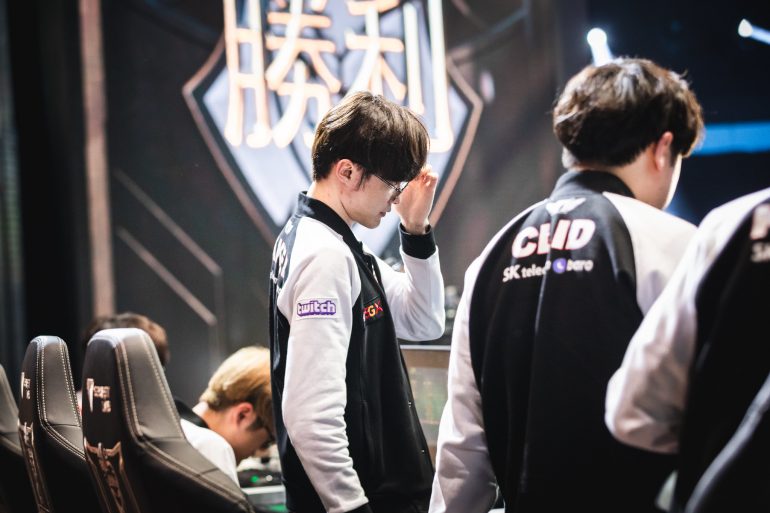 It’s officially time to start worrying about SK Telecom T1. Losing to G2 at MSI wasn’t really unexpected—G2 are really good and SKT were still figuring out how they want to play. When they came back from MSI and struggled vs. Jin Air, it could be chalked up as a rusty performance after a grueling international tournament.

But at some point, the excuses have to stop. For SKT, that was Sunday morning against Afreeca Freecs. By losing to Afreeca, SKT showed that their issues in the draft and early game continue to go unfixed.

The first game was classic SKT. They picked Jax, Ryze, and Ezreal—three scaling champions who have no impact in the early game. And true to form, both solo lanes lost while bot lane at best went even against Afreeca’s Sona-Galio comp. SKT fought back, relying on their talent, but without a tank on their side, they couldn’t control front-to-back teamfights against Afreeca’s multiple forms of CC.

Even in the game they won, SKT didn’t look clean. They gave up three Infernal Drakes in their game two win. It got to the point where they got turned into a Reddit meme. This highlight made it to the top of the League Reddit page with the sarcastic title “This is what peak League of Legends looks like and it comes from Korea.”

The third game got off to a horrible start when top laner Kim “Khan” Dong-ha died trying to break a freeze on his own. It was an unforgivable mistake at the pro level—Khan had just teleported back to lane and had even spotted Afreeca’s jungler on a deep ward. SKT’s mid and bot lanes tried their hardest to bring things back, but the huge advantage given to Afreeca top laner Kim “Kiin” Gi-in—possibly the best in the world at his position—was too much for the team to overcome.

This week has brought up serious questions about SKT’s level of play. Do they recognize their issues, and if they do, can they fix them before Worlds? Is it just a fluke, similar to Liquid’s start in the LCS Summer Split and IG’s LPL Spring Split performance? We’ll find out the truth over the next few weeks.