TYLOO edge out ViCi to qualify for Asia Minor

TYLOO edge out ViCi to qualify for Asia Minor

TYLOO took the first of two spots at the Asia Minor by winning the upper bracket final of the China Closed Qualifier against ViCi in a three map series on Overpass (16-13), Mirage (14-16) and Inferno (16-11).

An ace by Kevin "xccurate" Susanto on the CT side of Overpass kicked the series between the two premier Chinese teams, TYLOO and ViCi. With weapons bought, ViCi were able to get on the board as they picked apart their rivals’ defense in a very slow play towards the B site. Solid executes by ViCi got them a 4-2 lead before TYLOO could reply, as xccurate saved a 3vs1 situation that became a 1vs1 against WeiJie "zhokiNg" Zhong. Down 3-6, TYLOO were able to find their play, turning around the half and even going on to win it out, 9-6.

After the switch, xccurate had another big pistol round with three kills, helping his team keep the momentum going into the second half. With 12-6 on the board, xccurate came in big for his team once again, winning a 1vs3 afterplant situation on B thanks to a kill on the defuser through a smoke on short. It was finally after a 12-round losing streak that ViCi were able to get back on the board with a clean defense, and with Andrew "Kaze" Khong’s at the helm started to thread some rounds together, making it all the way to 13-15, but it was finally after a play on B with another multi-kill round by xccurate that TYLOO sealed the deal to take ViCi’s map pick. 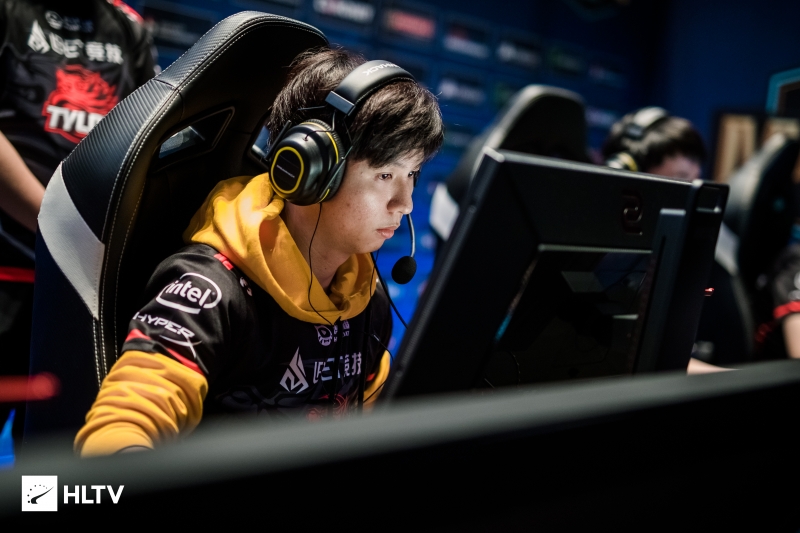 ViCi got off to a flying start on the attacking side of Mirage, taking the first five rounds, it wasn’t until doubles by YuanZhang "AttackeR" Sheng and YuLun "Summer" Cai in the sixth that TYLOO could get on the board, following it up once before ViCi took control of the map back as TYLOO were leaving holes in their defense after losing early duels often, closing the half out 11-4.

ViCi secured the second pistol round after retaking a set piece on A by TYLOO that ended in a 5vs5 bomb plant. With guns in play, it looked like TYLOO would get on the board, but a huge 1vs4 play with the AUG by Kaze kept ViCi firmly in charge. That didn’t last long, however, as TYLOO started to win executions and put ViCi into economic issues, keeping them against the ropes as they won round after round to try and bring it back from a 4-14 deficit. They made it all the way to 14-15, and had the chance to take it to overtime, but an AWP ace by Kaze from the B site to the players in apartments pushed the map to Inferno, the decider. 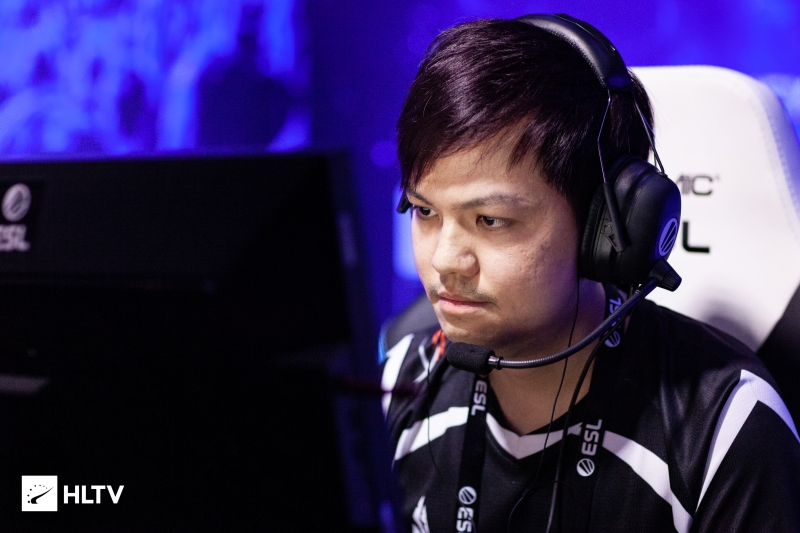 Another big pistol round by xccurate, with a triple, got TYLOO in the lead on the attacking side of Inferno. ViCi got on the board in the fourth round with a double by Kaze and triple by ZhiHong "aumaN" Liu to defuse the bomb on B. With a 5-4 score for TYLOO, xccurate got a big four-kill round with the AWP to keep his team in the lead before going on to close the half out in the lead, 8-7, as another stellar performance with 19 kills in the half by Kaze kept ViCi close.

Doubles by Kaze and zhokiNg tied it all up, but a slip-up against a forcebuy cost ViCi dearly as AttackeR was able to win a 2vs2 afterplant situation and defuse to keep his team in the lead. Down 9-11, a huge quad-kill round by Tao "Franke19" Deng on an A execute kept the match close, as ViCi were able to tie it up against an eco. Up against the ropes, TYLOO were able to find their game and win the series out, 16-11, to qualify for the Asia Minor. 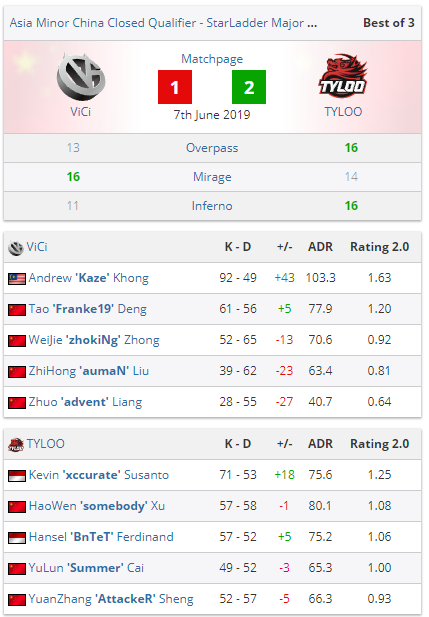 Now, ViCi will go on to face the losers bracket champion in the consolidation final to fight for the second spot that the China Closed Qualifier will give to the Asia Minor, thus concluding the team list for the event, which is currently the following: