Hacking/Cheating seems quite very infamous in Dota 2 as it can only be actually done by the use of scripts. Mostly, players who use it gets banned right away after usage but there are some still who gets away. Rawdota, as ironic as it is, known for streaming and providing coaching lessons in his youtube/twitch account has been the subject for a while now in the abuse of scripts/hacks. At first, it was only suspicions but several people in the community had vouched to experience the same cases when facing him in pubs, therefore, his account was banned. He is also known for his very toxic behaviour, playing aggressively in early game then ruining the game with his rage buybacks, destroying his items, and for always tilting and flaming his teammates. After his account got banned, he resolved to account buying within 5-6K MMR range then continues with his unacceptable behaviour. 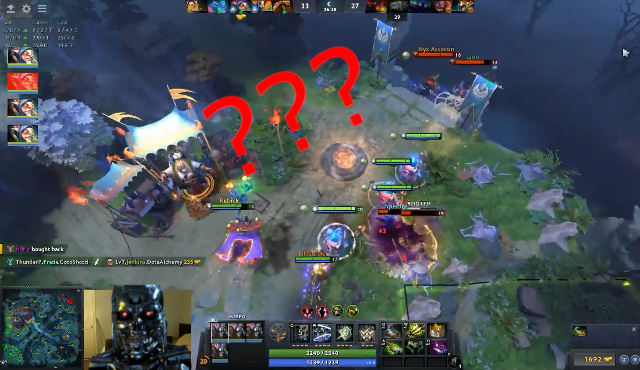 Just recently, he was caught abusing an exploit to boost behavior scores to render his toxicity in pubs useless and it’s quite a desperate move I would say. It is said that he pays people to use bots for him as they queue his account for a match together with the other 9 bots then play game modes like Turbo Mode and 1v1 Solo Mid as a way rapidly to increase his score.

Along side with the references I put are the proofs of his scripting/hacking activities, feel free to check it out yourself. How do you think Valve should act on this? Unfortunately, banning accounts does not really help that much on to resolve the matter as it is always a possibility that they can buy accounts or just create a new one. It was always a tough task to completely remove this scripts/hacks in the game so let’s hope Valve has something up in their sleeves. Share your thoughts and suggestion in the comments!