J.S, Mski, INF and many more to battle at WePlay! Tug of War: Dire

J.S, Mski, INF and many more to battle at WePlay! Tug of War: Dire

WePlay! revealed the final details of their Tug of War: Dire online series that will send two participants to a final battle held with $300,000 on the line in a LAN setup later this year.

WePlay!Tug of War: Radiant was won at the beginning of March by Ninjas in Pyjamas who were first to be confirmed for the LAN final act. Tug of War: Dire will be held separately for American and Asian teams and both tournaments will have their winners joining NiP.

Both competitions will start next week, on the 28th of May with 12 teams fighting in each region.

· Royal Never Give Up (semifinals) 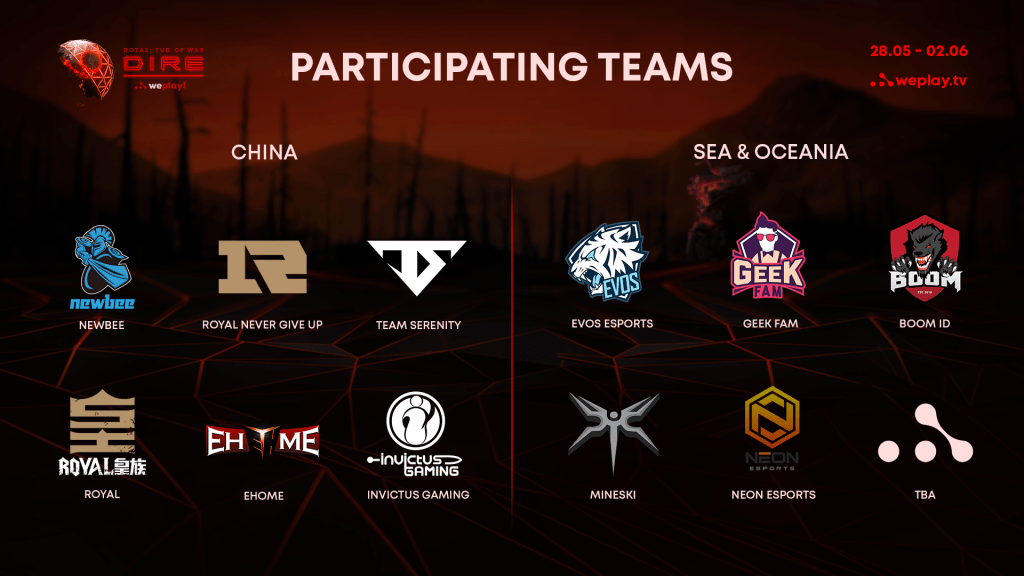 The two competitions, Americas and Asia, will unfold in a mirror bracket, best-of-three series with the a best-of-five grand final. Each has a $15,000 prize pool spread among the top four finishers and an extra $5,000 prize awarded to the tournament MVP in each region.

The online viewers will be able to cast their vote for the MVP award via weplay.tv. When the voting will end, a jury consisting of WePlay! talent crew will cast their vote as well, but only on the players selected by the viewers.