Puppey vs Kuro: the battle of champions

Puppey vs Kuro: the battle of champions

After the recently concluded MDL Disneyland, we have been blessed with truly amazing games from top-tier teams and there is no better way that the major ended with some tactical dota from TI-winning captains Puppey and Kuroky as Team Secret and Team Liquid battled it out in the BO5 Grand Finals. Bagging their second major, Team Secret defeated Team Liquid 3-1 to take $350K USD and 4950 DPC points.

In game 1, Team Liquid had the advantage after winning the early team fights with the help of Mind Control’s Dark Seer. He even took down Yapzor’s Tidehunter and Zai’s Sand King with DS’s Ion Shell and Damage talent even if both TH and SK casted their ults on the lone Dark Seer. With lightning-fast reflexes, Kuroky tuned a gank into a 5:3 wipe in their favor after a Kinetic Field and Static Storm combo. All these plays allowed Miracle to build an early game Linken’s Sphere that helped them secure towers. As they take the high ground, Miracle morphed into Gh’s Earth Spirit to make Team Secret tap out with his Quad rampage and end the game with a 23-1-9 standing and a 1-0 advantage on Team Secret. 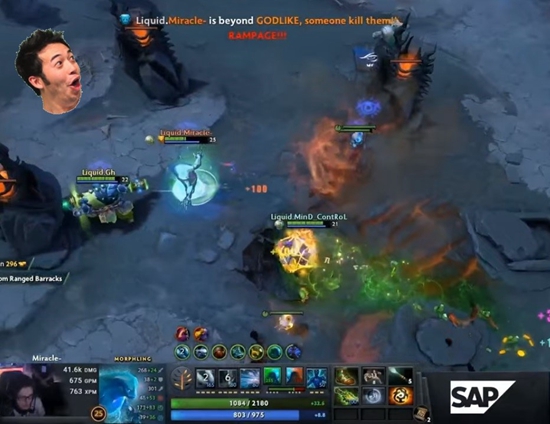 Playing SK for the second time in the Grand Finals, Zai helped Midone’s Arc Warden dominate in the early game with a clutch Epicenter to save a low-hp Arc after the rest of Team Secret did damage to Team Liquid in a clash. Both teams took good pickoffs, but around 30 minutes, Team Secret are already pressuring Team Liquid’s bottom Tier 3 tower. However, Team Liquid defended well and recontroled the map, yet Puppey’s Nature’s Prophet and Midone’s Arc Warden pushed well. They even nullified Miracle’s Jugg as Puppey and Midone built Ethereal, while Zai built Ghost Scepter to avoid being destroyed by Omnislash. Team Secret’s pushing and disabling power were more than enough as they take game 2 with over 40k gold lead.

Looking to take the lead, Liquid gave Miracle Morphling for the second time, but Midone’s Templar Assassin picked up an early Desolator and rotated the map for kills. Liquid managed to catch up with Secret when a timely delivery of Ethereal Blade on Morphling won them a clash with four of Secret dying while Liquid only suffered a single death. Mind Control’s Sand King zoned out Yapzor’s Enigma and Puppey’s Lion with his Epicenter.

The 4k gold lead was in favor of Secret, but Liquid looking for a gold swing by taking RS. However, Secret contested and with a quick buyback from Zai’s Doom allowed them to focus Morph with his ult and eventually gave Rosh to Nisha’s Troll Warlord. They chipped down middle and bottom racks, despite Liquid’s efforts to defend, another well-timed Doom on Morphling allowed Secret to take game three with all of its members finishing with double digit assists. In the winning game, Puppey’s Abaddon showed how much he deserved the MVP after a gank from Kuroky’s Disruptor, an Echo Slam on GH Shaker failed to kill Midone’s TA after a well-timed Mist Coil from Puppey saved Midone and allowed him to survive and cast Refract and hit both Liquid’s gankers. Because of this, the rest of Secret caught up and killed the two along with Matumbaman’s Sniper.

16 minutes in, Secret took RS, middle T3 and melee racks. In defense, Mind Control’s Enigma caught Nisha Sven and TA with his Black Hole, but without any follow up damage, Puppey was positioned well enough to save Nisha and Midone again. A three-man Echo and Static Storm was not enough for Liquid to defend their top racks as Zai’s Pangolier rattled the backline of Liquid as he hits Matumbaman with Rolling Thunder that helped them take down 3 of Liquid.

With Kuroky and Miracle Anti-mage trying to hold their base, Yapzor’s Rubick capped off their victory with a stolen Black Hole, ending the MDL Grand Finals with a 3-1 victory with the help of Puppey’s clutch Abaddon saves and body blocks with his Lion.

下一篇：Team Spirit returns as Old but Gold falls away