Team Spirit returns as Old but Gold falls away

Team Spirit returns as Old but Gold falls away

After dropping their entire roster in the early stages of 2019, Team Spirit are back on the map, featuring many players that have previously filled their ranks.

Announced just a few moments ago via their Twitter account, Team Spirit have confirmed their signing of the Old but Gold roster – a brilliant team of Russian players that have definitely shown promise in recent times. While barely making an impact on the Dota 2 Pro Circuit, ObG managed a decent 3rd/4thplace finish at the StarLadder ImbaTV Dota 2 Minor in March – eliminated only by the victorious Vici Gaming. Now the team look to try once more, this time under the Team Spirit banner. 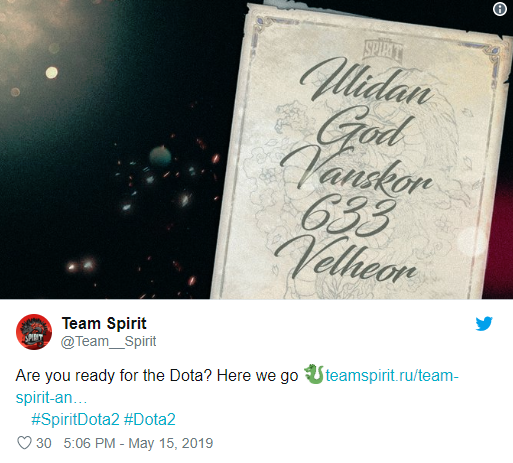 Four of the players from ObG have previously spent time among the Spirit ranks while only Fedor ‘velheor’ Rusikhin has not, but this won’t matter. The team will head into the EPICENTER regional qualifiers later today, hoping to take the CIS region by storm and show that they can challenge the likes of Gambit Esports, Team Empire and maybe even Natus Vincere.

The full Team Spirit roster is:

As stated above, the team will have their first challenge almost instantly as they head into the EPICENTER CIS qualifiers where they will look to fly the Spirit banner high.