You can play Flappy Bird in Overwatch

You can play Flappy Bird in Overwatch

The Overwatch Workshop has introduced a ton of new and exciting game modes since it was released a few weeks ago. There’s been Torbjörn golf, Hammond racing, and Pong.

But now there’s something even better: Flappy Pharah.

It’s not quite the addictive Flappy Bird from 2013 that was removed from Apple’s App Store and Google Play due to legal issues. It does have almost everything we know and love about that mobile game, though.

There’s no bird and it’s not available to play on your phone or tablet. But apart from that, Flappy Pharah is almost exactly the same as Flappy Bird. 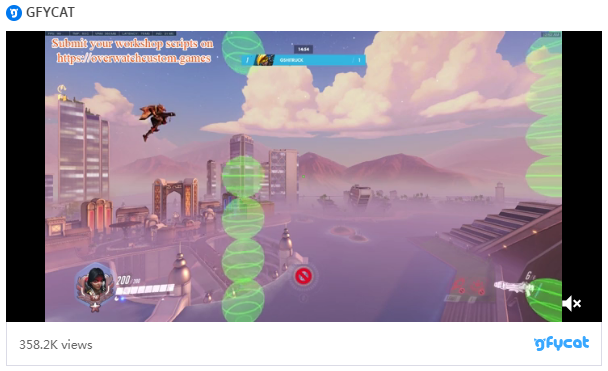 The concept of Flappy Pharah is simple. Use the spacebar to jump and avoid the green, floating orbs. As your score increases, the faster and harder it gets to stay alive. It’s hours of endless fun or frustration, depending on how you see it.

Flappy Pharah was created by Overwatch subreddit user Thriver9 and it’s available to play on the game browser. If you’re not yet accustomed to the Workshop, all you need to do is click Create, Settings, and then paste the code 4QY7Z.