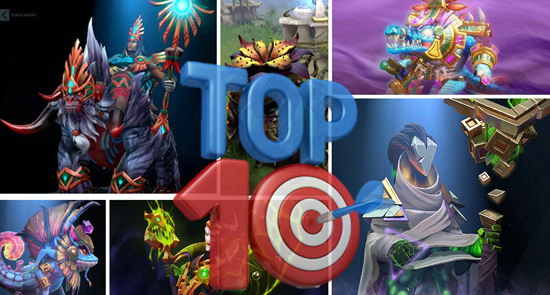 It’s that time of the year again where we get at least 20 new sets in the upcoming weeks as the TI9 closes in. With this year’s theme being about ancient jungle and ruins theme, the community artists are back online to submit their finest work.

We all know how Valve just knows what we love, so the sets that came out last year, were absolutely perfect. For instance, the best Queen of Pain set ever, check the below image. Isn’t she just beautiful?

Anyways, oh boy, can’t I wait to get another masterpiece like this from our beloved Valve. 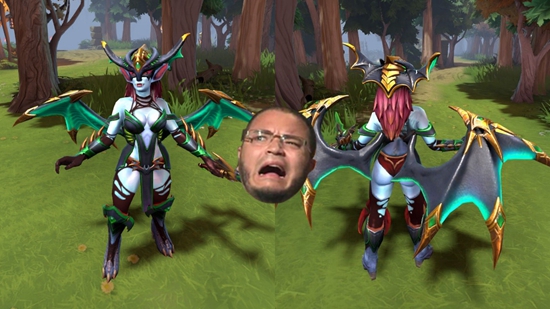 So, this time, we can decide on which set that gets into the game again! Some are just very unique and you probably want to get it because these are only available till the end of TI9. After that, you can’t buy them anywhere else!

First off, we have these unique Rubick sets. First one on the left, features a small yet interesting feature. This Rubick’s mask actually moves when he talks! Now, it might sound very common to have your mouth move when you talk but we just don’t have this on Rubick yet.

Another one features a brick face on Rubick, without anything! We can call this the Faceless Rubick. 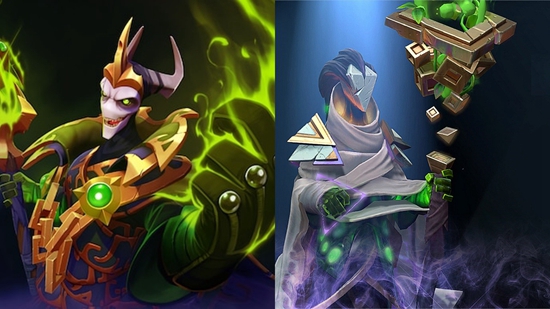 Rubick sets are nice but they just aren’t for Mid players (do you pick Rubick mid?). Here’s a Puck set that really stands out from the rest. A Puck that actually looks like a dragon. This set gives Puck a completely different face, which looks like a lizard or chameleon, but anyways, you be the judge.

The other set is also even crazy with Puck being camouflaged as a Venus Flytrap. The artist made good use of Puck’s natural wings’ movement, making the plant look like it’s constantly moving and alive. Hell, he even added a floating bee on it! 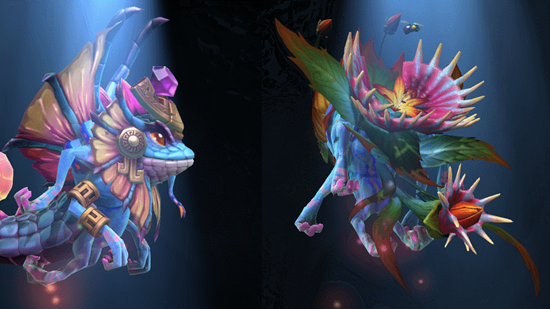 Oh man, this Broodmother set is making me go from “Ew, I hate spiders” to “Shut up and take my money!”. Featuring this brood set that turns Broodmother into a monstrously looking ancient robot spider! That’s not all but the fact that its legs aren’t even fully connected makes it look so unique! Definitely a change from the usual creepy and slimy texture of the normal broodmother. And of course, it wouldn’t be complete without its own spiderlings looking exactly like mama! 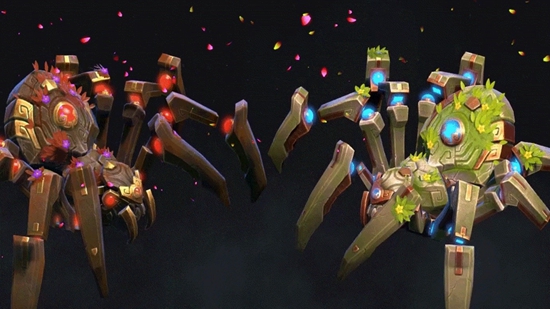 Now then, these sets are those that really take it to the next level! From stuff we don’t see before, to a gorilla. Featuring a Chen set, Chen who’s the king of the jungle, rides a HUGE gorilla! If that isn’t manlier than a naked Axe, I don’t know what is.

Besides that, there’s also our little Slark disguising itself in Croc skin! Well, it’s actually inspired from the Egyptian God of Nile river, Sobek, who has a crocodile mask. Well, if you think crocodiles are slow, this one is not slow at all! I would very much suggest you to run for your life if you see it in-game.

Next, it wouldn’t be Valve if we don’t get another Undying set for the International! Since we already got Undying sets since 2016, 2017 and even last year, 2018, we might as well expect another one this time! But this set definitely looked just as good! Undying looks like he infused with a giant plant that is turning him into a zombie. And when he switches on his ultimate, the giant Rafflesia plant blooms on his shoulder. 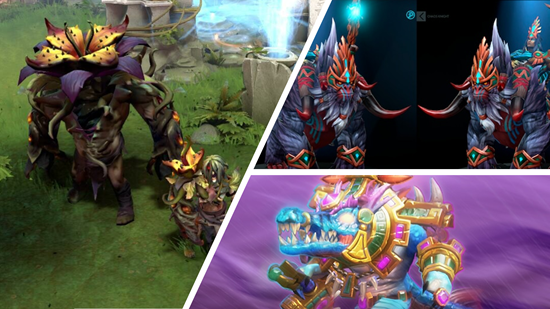 Moving on to the carries, everyone’s favourite role. First off, it’s an Anti-mage set that has a very nostalgic vibe to it. It just looks very similar to the Dota 1 Terrorblade without wings. Those gloves he’s wearing is straight up demonic-looking.

Then we have a Drow ranger in glorious armor. Nothing I can say about this except it’s really detailed with the steel carvings. The red color theme also makes it a really good combo with the new Immortal bow!

Lastly, it’s a Kunkka set that looks very similar to Singsing’s Beaver Knight mascot. Of course, showing off Kunkka in his grand armor is nothing less than heroic. 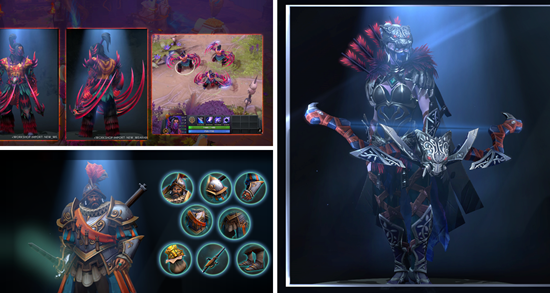 Of course, this isn’t all of the sets made for the Collector’s Cache, in fact, there’s 173 sets! So, if you are interested to check it all out, head over to this reddit post, where all the sets are available and links are provided. (Credits goes to 7ckingMadness) Let’s not forget that these sets do not include particle effects that Valve would usually add to specific sets, so don’t we love sparkles.

The estimated release date of the Collector’s Cache is just around the corner, about 2-3 weeks away from now. So, what are you waiting for? Head over to the workshop and support your favourites! Stay tuned.