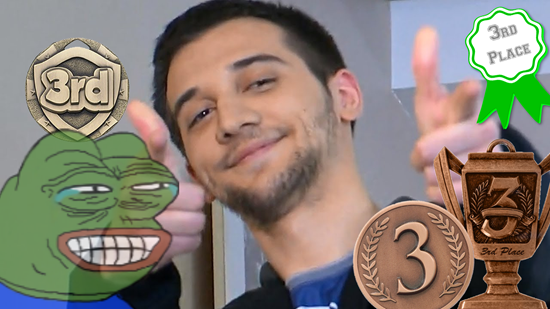 Evil Geniuses has proven to be a force to be reckon among the other teams yet when it comes to that semifinals game, they seem like they want to lose so badly. Today, on the final day at the Disneyland Major, it’s EG versus Liquid in a rematch since TI8, the last time EG got the better off Liquid.

This time, it’s a different story. In game 1, both Sumail and Arteezy lost their lanes respectively. As the game proceeds, they were still unable to catch any Liquid heroes off-guard, all while Miracle’s Juggernaut is just getting bigger and scarier. This time, Mind_Control performed out of the world on his offlane Furion which has proven to be a nuisance against EG with the Sprouts. Game 1 drops to Liquid easily.

In game 2, unfortunately for EG, they could not tie the series for a third game. Liquid has Miracle Morphling stomping the whole EG lineup as he’s literally unkillable. Well honestly, EG can’t expect to kill Morphling when they have barely any disables, there’s a support Bane and Centaur, those are no where enough to kill a very farmed Morphling! Anyways, Liquid even countered EG’s physical damage lineup consisting of Drow and TA, by getting multiple Ghost scepter to avoid the auto attacks.

Anyways, Liquid make it look so easy defeating EG, to be frank, it even seems like LGD put up a harder fight yesterday. Liquid goes to the Grand Finals for the first time in this season! The clash between the 2 former Navi players, the 2 best captains in the world, but most importantly, the 2 brothers, happened. Game 1, Secret opted for an unusual draft, with Yapzor Tide support, was unable to deal with Miracle’s Morphling. It’s not always you see Midone feed so badly, but if there’s going to be a team that can do that, it’s Liquid. Midone could not do anything at all in the entire game against Liquid’s cores. While Nisha on Arc Warden managed to keep up in net worth, it’s nothing compared to Miracle who has 23 kills in his stats. Once again, Liquid makes Secret look like scrubs similar to what they did to EG last series.

But Secret with an unusually good draft, hits back at Liquid harder in game 2. After Nisha’s rather passive Arc Warden last game, Midone flexes his skills with his own Arc gamem, this time it looked way better and threatening. Secret got away with a very greedy lineup, where even Puppey’s Furion has an Ethereal Blade. Imagine dying to Arc Warden illusion, when you are Miracle’s Jugg. It’s a massive outplay and this is what everyone are expecting from Secret! Going into game 3, it was clear that Midone is still the better midlaner in most cases, especially when he gets an aggressive hero such as Templar Assassin, destroying even Matumbaman’s Razor in mid. Meanwhile, Puppey has been letting Yapzor get away with his pos4 heroes, this time it’s Enigma, another very greedy hero. It seems like Liquid didn’t know how to punish Secret over such a greedy draft, as they even have Zai picking Doom.

Because of that, Liquid had to go late game for a shot at coming back into the game by letting Miracle’s Morphling farm, but it was all shut down as Secret had more than enough lockdown to kill a weak little water boy. This Secret draft where they let everyone transition to a carry is definitely a very fun strategy to watch! 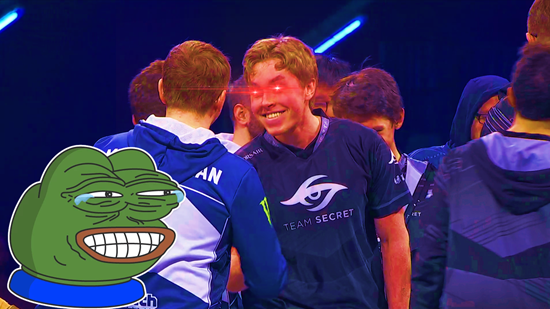 Unfortunately for Liquid fans out there, the final game is going to be this fourth one. Liquid once again decides to play late game, picking Anti-mage. While they were hoping that Matumbaman could do decently well in mid to secure a bit of midgame advantage, it didn’t go as expected as Midone again with his Templar is too strong of a laner. Even if Sniper is playing safe and his supports did attempt to gank Midone, the mid lane is still so one-sided despite TA dying once.

Meanwhile, Zai and Yapzor got their favorite heroes, Pangolier and Rubick respectively, while Puppey plays Abaddon. Having this much defensive skills, Nisha on Sven could go crazy in fights without needing to worry about getting jumped on. As a result, he didn’t die once. Liquid finally had enough as Miracle’s AM is nowhere ready to fight at 30 minutes, with only Battlefury and Manta. GG is called.

Secret gets another Major win in this DPC season and has been a fearsome team that everyone will recognize. They also hold a humble first spot on the DPC season now, surpassing Virtus.pro. We can expect a new patch coming soon later this week since the major ended. Maybe the new Earthshaker arcana and Baby Invoker will be added soon? Anyways, congratulations to Liquid too as they have finally qualified for TI9!