The excitement at Disneyland on this particular day has been overwhelmingly better as we have so many favourite teams playing against each other, that we are spoiled to support which team. Anyways, it’s the battle between favourites, OG versus Liquid, in the elimination series.

OG starts off the series with a stomp, all thanks to Ana on Troll. Imagine being any Liquid player and seeing Ana have Battle Fury in just 15 minutes. If I were them, I would be yelling at my team to gank Ana. But even Liquid couldn’t stop Ana as they just couldn’t even kill him once! That’s because Notail has been spamming Abaddon for so many games in this major and there’s no doubt that it’s a damn good pick. Miracle’s Medusa couldn’t fight off OG’s more aggressive lineup and calls it quit. At this point, Liquid looked like the laughing stock in the pro scene as their pride as the TI7 Champions seemed washed up.

But in game 2, Liquid surprises us and OG with an unusual Tidehunter pick since it’s not picked that often for good reasons. However, it was thanks to Mind_Control on Tide, that cause Jerax to be literally useless in teamfights as he just couldn’t land his False Promise before he gets ravaged. After getting ravaged, Miracle on PA just instantly crits into his face. At that point, MVP still goes to gh on Nyx as he is responsible for those timely stuns on OG cores, mainly Lina and Ember as their AOE skills backfire whenever Nyx use Spiked Carapace. Miracle finishes off the game with a Divine Rapier as the game is already over when even DotaPlus says Liquid has a 100% chance of winning the game.

While the first 2 games were fairly even, OG seemed to have become weaker this time as their drafts looked horrible and Liquid is just throwing it all on OG. Gh picks his Nyx again while Miracle gets Storm Spirit. Setting up kills with Gh is so easy when they can time it perfectly. The nature of playing against an invisible hero has led OG to have an economic issue as they spent too much gold on getting true sight. Just like that Liquid stomps through OG, giving a statement that they are really back this time.

Looking at LGD versus Ninjas in Pyjamas, it definitely seems like an unfair matchup with NIP being the weaker team who only had 53% winrate in this major while LGD boast a scary 75%. Yet, NIP was able to force LGD to give up the first game. NIP had the game initially with Ace’s Meepo being such a threat but Somnus’ Storm and Ame’s Void made teamfights work in their favour, even snatching the Aegis. Unfortunately, one teamfight was all it takes for NIP to teamwipe LGD. Despite LGD’s best efforts and Fata being useless in this game, NIP still got the better of LGD and secured the first game.

Obviously, it wouldn’t be LGD the TI8 runner-up if they couldn’t take a game back in this series. LGD still believes in Somnus’ skills in Storm while Ame also gets Morphling despite that traumatizing TI8 finals experience. LGD tells NIP that the first game is just a fluke as they destroy NIP so hard in game 2, with a 42K gold lead. Morphling just hits like a truck while Storm is just doing his things. LGD just looked so terrifying as they tie the series.

Finally, game 3, the game just became so one-sided again, with Ame on Ember and Somnus’ QOP making sure Ace’s Terrorblade cannot take a break. With the rest of the cores being basically useless like Fata’s Razor, LGD takes the throne uncontested. LGD proceeds to face Liquid!

Heading to the upper brackets, it’s Secret versus EG. Secret starts off game 1 with a shocking Meepo last pick. Because EG drafted such a greedy lineup, with Cr1t- going pos4 Doom, Secret punished EG so hard for their naïve decision. The whole game is just Midone hunting EG players whoever it is. Secret takes an easy game 1!

Next in game 2, Cr1t- went for Enigma and Secret just made it easier for him to blackhole on all of them by walking into them...literally. With S4 as Tidehunter, Secret just don’t stand a chance in fights! At only 20 minutes, EG already got themselves 10k gold lead and Secret has no answers to RTZ Sven or Cr1t-‘s Enigma. Game 2 is tied by EG!

Finally, game 3, Secret gets stomped by EG pretty much the entire game yet all it takes was a good fight in their favor to turn the tides around. Midone’s Monkey King and Nisha’s PA thankfully didn’t fall behind too much and were still able to compete against EG. After a series of fight, EG realized they couldn’t end the game and it was just a matter of time before Secret claims their throne. Secret is you first Grand Finalist of the Paris Major! This is probably the greatest game of the major as we see these two titans clash! The first game went in favor of Liquid, with Miracle’s Morphling going out of control thanks to the space his teammates provided. Not only that but LGD weren’t able to get any pickoffs except killing Kuroky’s Doom most of the time as Liquid’s lineup is pretty elusive. It’s not every game you get to see Chalice had a bad game but this is one of it, so they lost.

The series gets even intense as LGD puts everything on the line in the second game. They were able to come back from a 20k gold lead and force Liquid for a game 3. Fy is responsible for making those clutch Chaos dunks that win so many fights! It’s hard to explain what really happened this game with so much going on, so you might as well just watch a replay.

Lastly, game 3, after that epic second game, unfortunately, LGD seems to be out of steam. Somnus gets destroyed in mid against Miracle, every lane is falling apart and the only one who seems to be able to win the game is Ame, but even him alone is not enough to win the fight. It was a great attempt but LGD sees themselves out as the fourth placed team in the Paris Major! But let’s be honest here. LIQUID. IS. BACK! 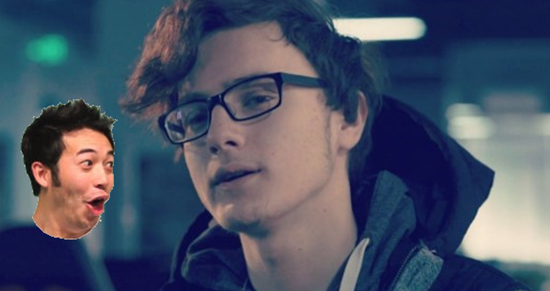 It’s finally time! The clash between the top 3 teams are about to begin later. EG versus Liquid fights to the death to decide who will be the next Finalist to face Secret. Stay tuned!