Although the MDL Disneyland Major is in full swing in Paris, France, the open qualifiers for the last Dota Pro Circuit tournament begin today, March 11. Chaos Esports Club were eliminated from MDL in the first round of lower bracket matches and the organization took no time to restructure.

Immediately after their exit from the Major, Chaos dropped Danylo “Kingrd” Nascimento and Otávio “Tavo” Gabriel and announced their decision to leave the South American region. A day later, Aliwi “w33” Omar left the team to “fix some long overdue health issues.” Down to just two players, Chaos had about 24 hours to put together a team for the EPICENTER Major open qualifiers. The squad will compete now from the European region and the roster seems to be ready for battle, however, no official announcements were made. 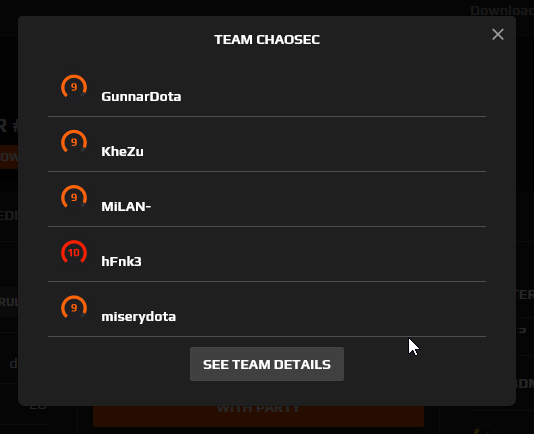 Recently dropped from TEAM TEAM and denied the chance to play in Paris by a decision seen by the entire community as outrageous, Nico “Gunnar” Lopez has been picked up by captain Misery to fulfill the mid lane duty for the new Chaos team. Along Gunnar, Misery brought in Milan “MiLAN” Kozomara who shares a similar story. Back in December 2018, Milan was replaced by Clinton “Fear” Loomis at J.Storm after the team qualified for the Chongqing Major. Maurice “KheZu” Gutmann joins Chaos to complete the roster for at least the open qualifiers for the last Major of the season.

下一篇：“Ceeeeeeeeeb” cannot save OG from the entering the lower bracket