The most unexpected and busted Sylas ultimate interactions

The most unexpected and busted Sylas ultimate interactions

League of Legends’ latest champion, Sylas, already had ups and downs since his release earlier this year. His winrate was in the dumpster soon after his release in most roles, but then developer Riot Games deployed a hotfix to tweak his numbers a bit and improve his overall performance. 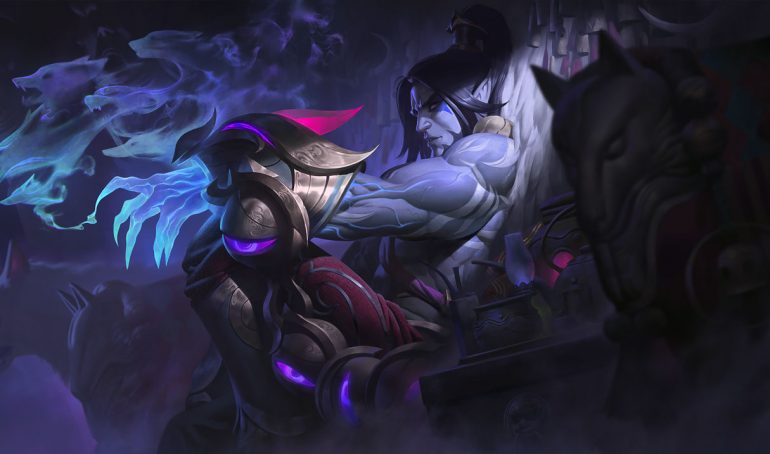 He still isn’t great, but his ultimate Hijack is still one of the most unique abilities in League. With Hijack, Sylas can steal an enemy’s ultimate ability and cast it freely, which can be really useful when your opponent has a powerful ultimate that causes huge damage or an ability that’s impactful and can turn a teamfight around if it lands.

But when Sylas hijacks an ultimate ability that scales with AP, he gets its full AP scaling when he uses it. That’s perfect for a champion like him, whose standard build revolves around increasing AP. That means some big bursts of damage can come from abilities that would generally deal little damage if used by their original champions.

Here are some of the most busted Sylas interactions with ultimate abilities that scale with AP.

Ashe’s ultimate, Enchanted Crystal Arrow, is mainly used by her players as a crowd control tool due to its potentially high-duration stun. She rarely builds AP, which means the damage of her arrow isn’t a player’s focus when using it.

Sylas, on the other hand, can take advantage of Ashe’s ultimate AP scaling of 100 percent and high base damage to burst enemies in a single shot, especially in later ranks.

But Cannon Barrage has a 10 percent AP ratio per wave and 12 waves per use with no upgrades. This adds up to it scaling with 120 percent AP in total and a huge base damage. When Sylas hijacks a fully-upgraded Cannon Barrage, the damage can be insane.

Tristana’s focus is also building AD, attack speed, and crit items. Just like with Ashe’s ultimate, Tristana players use her ultimate Buster Shot mostly for the huge knockback it provides.

Sylas can hijack it and get its 100 percent AP bonus to increase its already good base magic damage, causing an unexpected burst in damage.

Malphite doesn’t normally build AP, which means players focus on using his ultimate, Unstoppable Force, to engage on opponents, knock them up, and set up a teamfight for another ally’s strong ultimate.

This is another ultimate that scales with 100 percent AP, so at this point, you might guess the result is devastating when Sylas hijacks it. If Sylas doesn’t nuke his opponent, his standard skill combo should be enough to finish things off.

Maokai rarely builds AP, just like Malphite. His ultimate Nature’s Grasp is mostly used for its root, which can be quite long depending on how far his thorny brambles travel.

Sylas can increase the damage of this ult when he hijacks it in 70 percent of his AP. This equals a huge burst and enemies that can’t move away from your follow-up ability combo.

Until Morgana’s rework is out, her ult is mostly used by support players for its utility slow and stun. She rarely builds AP since her focus is supporting her teammates.

Her ultimate Soul Shackles actually scales with AP by 70 percent and can trigger twice. She’s very squishy and can rarely trigger it twice without help. But Sylas can hijack it, survive through its duration enough to trigger it a second time, and deal more damage again on multiple enemies.

Pantheon’s ultimate Grand Skyfall is mostly used to engage, since Pantheon is also more effective when building AD. Sylas can hijack it to increase the ultimate ability’s damage through its AP scaling that ranges from 50 to 100 percent based on proximity to center. Enemies right in the epicenter can be one-shot with ease.

Rakan is commonly played in the support role, which means his ultimate ability The Quickness is mostly used for its 75 percent movement speed reduction after he collides with enemy champions.

In the hands of Sylas, it scales with 50 percent AP and can deal heavy damage to up to five opponents if executed perfectly.

The clone Shaco creates after he uses his ultimate, Hallucination, explodes and deals magic damage after expiring or dying. While this ultimate doesn’t usually do much when used by Shaco, Sylas can steal Hallucination to get more damage based on 100 percent of his own AP and cause some decent damage.