The differences between Wild Rift and Summoner’s Rift

The differences between Wild Rift and Summoner’s Rift

Riot Games has recently announced League of Legends is finally getting an adaptation for mobile and console players. While the game will be the same in its core, Riot built Wild Rift to have the gameplay fit different platforms.

It took Riot a while to develop a mobile version of League in an industry that focuses more and more around mobile gaming. But the reasoning lies in the differences between the standard PC version of League and what kind of a game Wild Rift will be. Instead of adapting League to the new port, Riot decided they had to build Wild Rift from scratch if they wanted to have it feel natural under new controls.

So let’s take a look at what we know will be the main differences between the Wild and Summoner’s Rift.

Differences in gameplay and maps

League games can last quite a while, which isn’t necessarily what mobile and console players would like. Because of that, Riot decided to adapt the map for quicker gameplay, with standard game time ranging from 15 to 20 minutes.

A few things have been changed to accomplish this. First, the level cap of Wild Rift is 15—in contrast to League’s 18—which speeds up the overall progress of the game. Making games faster means building champions faster too, so minions that die nearby always give some gold. Last-hitting will still be more valuable, though.

The Rift has undergone some changes as well. While the layout of the map is staying the same, there are no inhibitors or turrets directly protecting the Nexus. Super minions will start spawning once the inhibitor turrets are down and the Nexus will be protecting itself by firing turret shots. Turrets seem to have no plates either, which makes more sense with the Wild Rift’s fast-paced gameplay.

A piece of wall behind the Krugs camp has been removed and the Krugs will be attached to a bush. There are also healing plants near turrets and a new important objective—ward zones. Instead of buying and placing wards around the map, players will have to fight to take control over ward zones. The zones can be captured in a similar fashion to Skarner’s Crystal Spires: by standing in the radius. 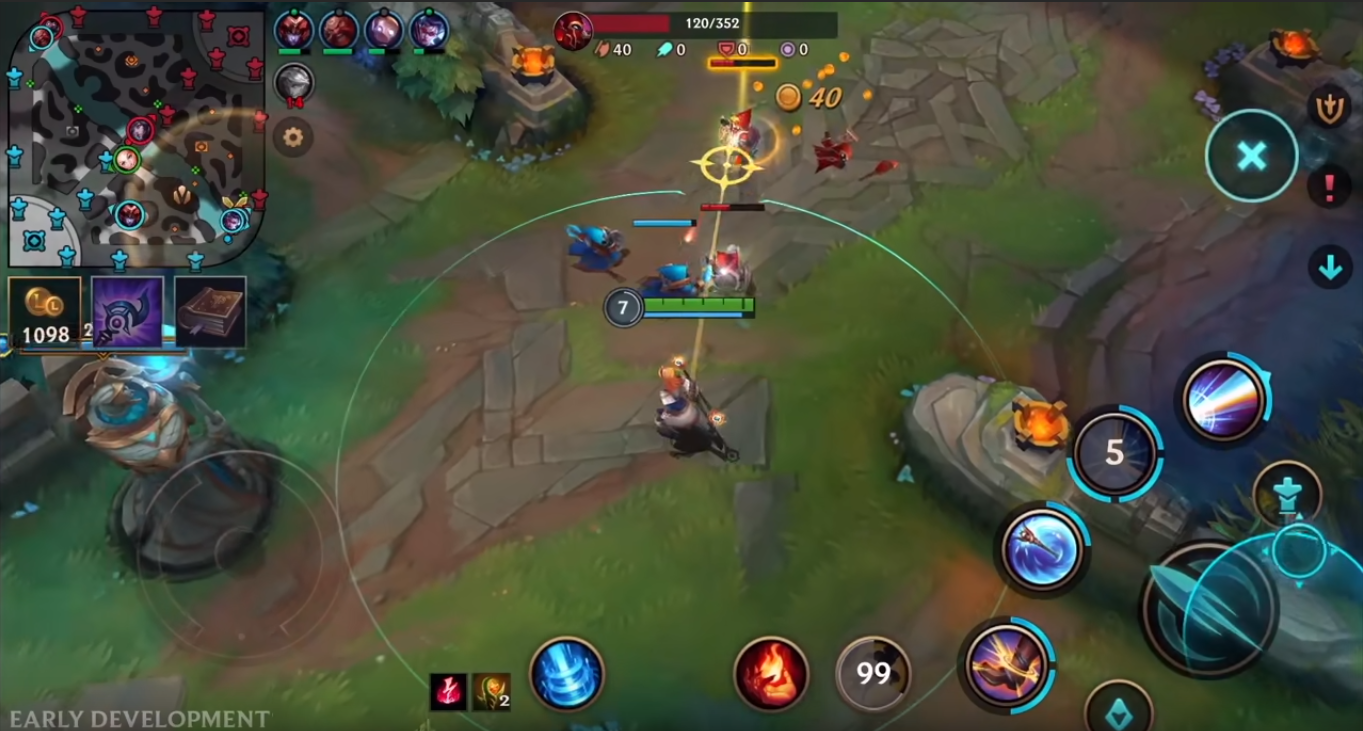 Playing with the dual control stick

The biggest difference between League and Wild Rift are surely the controls. Playing on mobile or console means getting out of the comfort the accuracy mouse and keyboard provide. But Riot has made sure to address that and revamp controls in a dual control stick style together with a different aiming system that makes targeting easier.

The map sits at the top left corner of the screen since the bottom is reserved for the controls. Your left thumb sits on a moving cursor similar to an analog stick, while the right one clicks on attacks and is used to aim skills.

To have these controls fit the gameplay, your champion will automatically target the minion with the lowest health, and the camera will zoom out when you’re using a longer-ranged ability. There are also specific buttons for targeting enemy champions and turrets on the right side, with summoner spells and recall being more towards the center.

League has 145 champions and not all of them can fit the mobile game. For starters, Riot has decided to go with 40 champions, not following League’s champion release timeline. But the smaller pool already includes some popular champions, like Jinx, Nasus, Fiora, Nami, and Master Yi. More champions will be added with time.

While their looks will be the same, Wild Rift will feature turnable animations so players can take a good luck at their champions and skins from all corners while they stand in poses, impersonate attacks, or even show a featured animation. 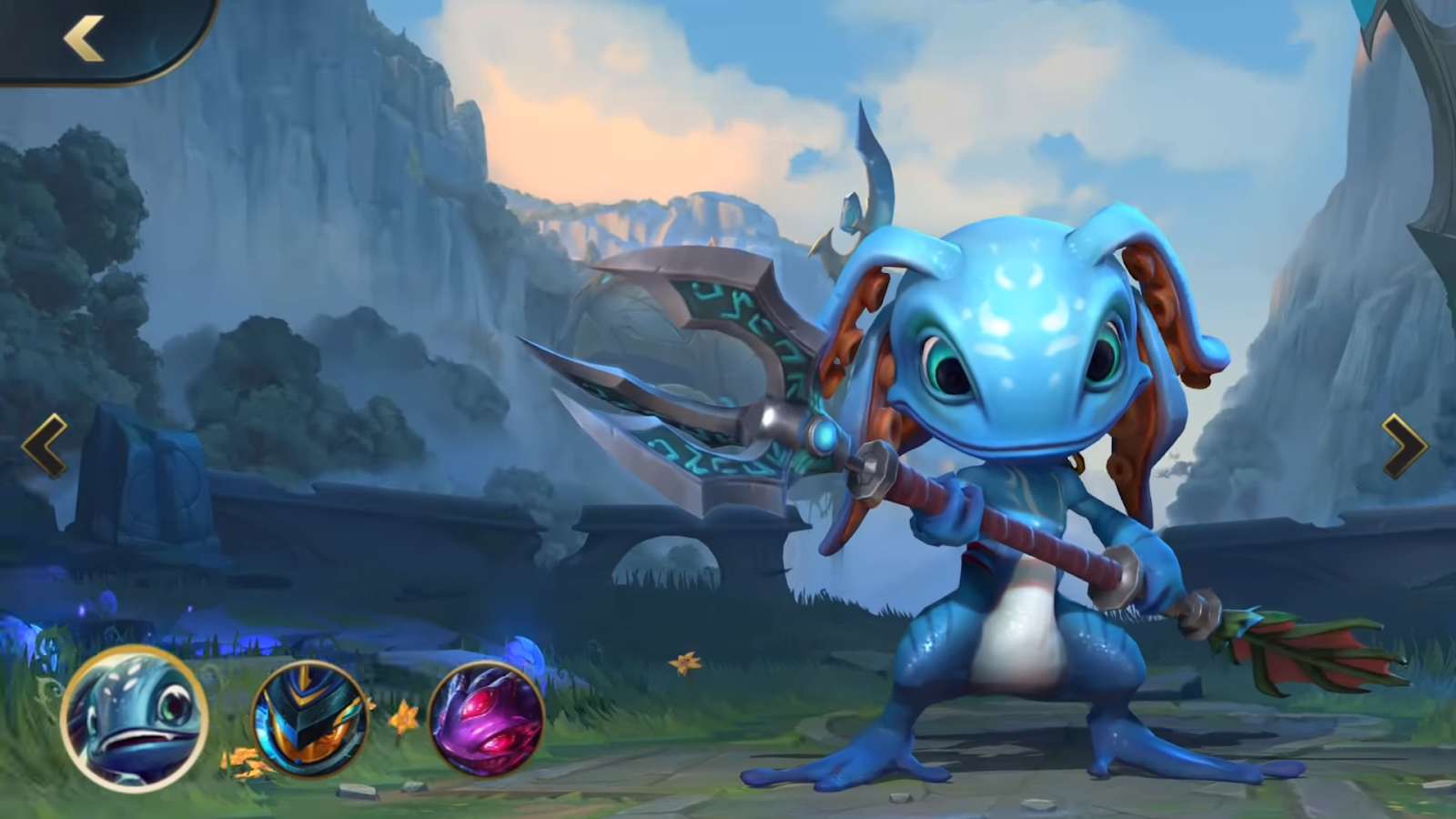 Setting up a rune page right before the match would be too complicated and take too long on Wild Rift. To tackle that problem, all of the rune pages in the game will be preset. Each of the preset rune pages will be made of one path and include four total runes, including the keystone. Keystones with preset paths include Electrocute, Summon Aery, Conqueror, Fleet Footwork, Grasp of the Undying, Aftershock, Kleptomancy, while one path’s main rune will be Font of Life. 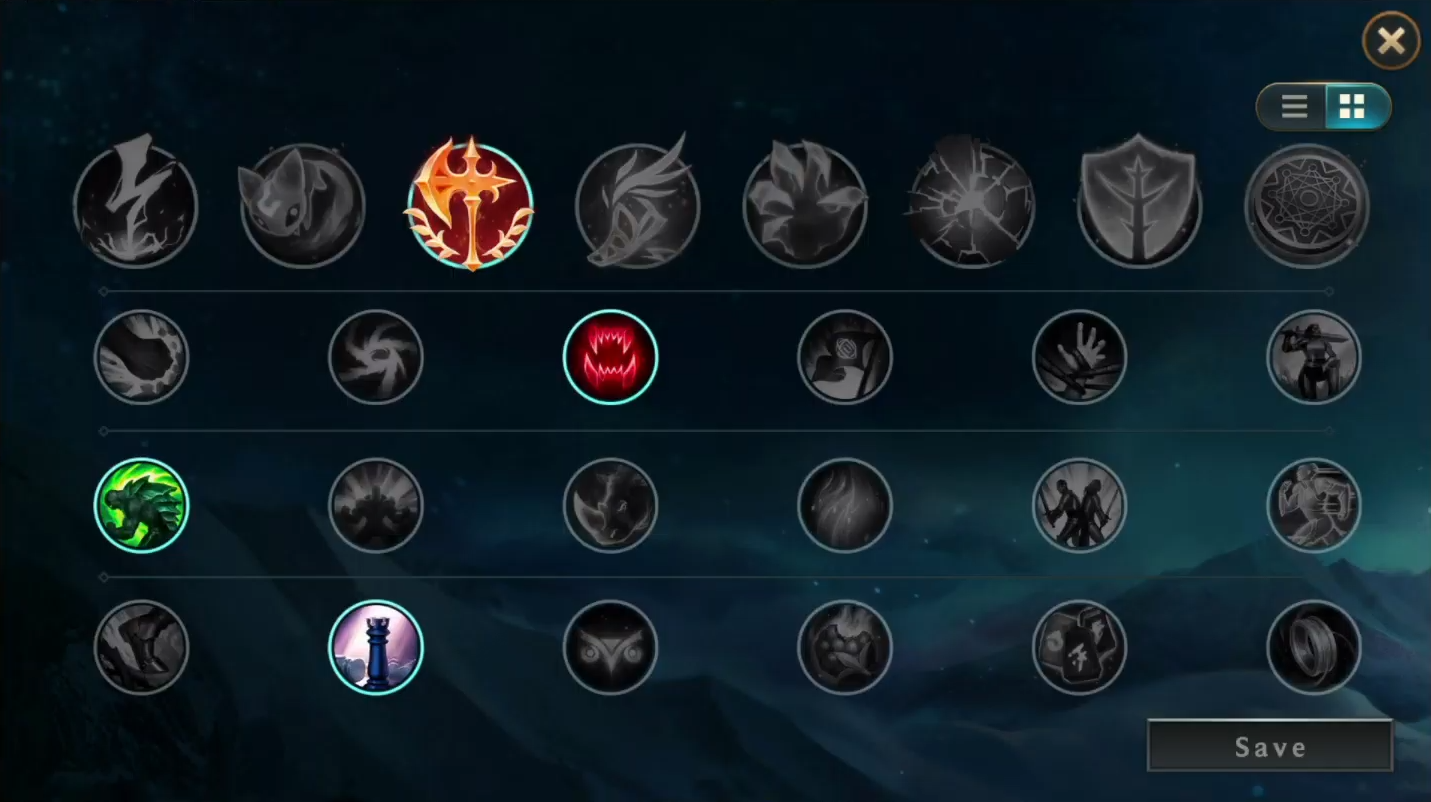 The number of items will be significantly reduced in comparison to Summoner’s Rift as well. Basic boots will be upgraded into one of the six included possibilities and these upgraded boots will be the only active items in Wild Rift. Another 10 items will be available in the store, including Quicksilver Sash and Zhonya’s Hourglass. Teleport is making it into the game as an item too, rather than a summoner spell. Past progress and cross-play?

For the same reasoning, the progress you made in League over the years to buy champions, rune pages, and skins, is staying in League. In Wild Rift, it’s time to start all over. You will be able to get some bonus rewards for being a League player, though, if you sign up with the same Riot account.