HellRaisers, a team that most of us may have known if we watched the CS:GO pro scene often. That said, HellRaisers’ DOTA2 days dated back to as early as 2014, with players like ArtStyle and ALOHADANCE, in their first team.

Yet, HellRaisers never really caught onto any major tournaments. In late 2017, HellRaisers dropped their DOTA2 lineup after a year of unsuccessful performance. And it was really the last we ever heard from them heading into 2018. However, right after the International 2019, racking up an insane 30M USD in prize pool, who wouldn’t want a bite off that sum?

Like all teams, most went for the Chengdu major qualifiers, HellRaisers coming out as fourth place is definitely a decent achievement. But it wasn’t enough to get them a ticket to Chengdu anyways.

Moving forward to the minor qualifiers, the four teams include Old but Gold, Virtus.pro, jfshfh178 and HellRaisers. HellRaisers got stomped by jfshfh178 despite placing way higher than them in the major qualifiers. However, at the lower bracket, they face the team that was so close to qualifying for Chengdu major, Old but Gold. The team consists of Russian veteran players like Illidan, VANSKOR, God, 633 and velheor.

The young prodigies, V-tune and Nix, were top-notch on their carry performance, as they maintained a consistent performance, allowing them to outlast Old but Gold, as the game goes late. After upsetting Old but Gold, they face the team that sent them down to the lower brackets, jfshfh178.

Shockingly, HellRaisers stomped through the best-of-5 series, with a clean 3-0 sweep. After jfshfh178 banned Void in game 2, HellRaisers played a different draft, which is definitely not meta picks but is still looking really powerful. That said, it’s still thanks to their carries, Terrorblade and Queen of Pain, for setting up perfect teamfights.

Heading into the new season, HellRaisers picked up 3 new players who have not played in any DPC tournaments before, such as their core players, V-tune (hard carry) and DM (offlaner). Both players only begin their pro career early 2018. Meanwhile, their mid player, Nix, has bee around since 2016 but never really achieved much success. Apparently, his total earnings since 2016 was only 9K USD.

Thus, hopefully, with this minor, the CIS boys could at least secure themselves some good reward to keep them going into the DPC season. 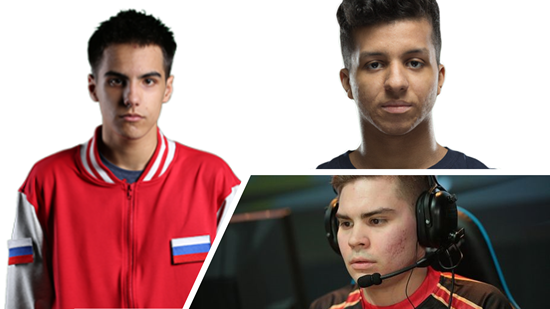 Often times, they say that you can’t be the strongest without being wise. Despite having prodigies and young blood in the team, HellRaisers still need experienced players that could guide these young ones to success.

The duo supports, Miposhka and ALOHADANCE, are the supports keeping a good eye on HellRaisers’ new found talents. With the 2 veterans supporting and captaining the team, it’s just what HellRaisers need, a player who is wise enough to lead the team.

Unfortunately, ALOHADANCE was announced by HellRaisers, that he refused to practice with the team at such urgent time before the minor. They consider him as unprofessional and has immediately benched and transfer listed him.

Chapter 5: Today, We Dine in Hell!

Anyways, HellRaisers’ next stop will be at the Summit 11 minor and we will see if the team is worth keeping an eye out for, in this season. With the powerhouse Virtus.pro withdrawn from the minor, perhaps winning the minor doesn’t sound impossible after all.

That said, ALOHADANCE is inactive and the team needs a stand-in. Are you looking forward to see HellRaisers in Summit 11? Tell us in the comments! Stay tuned.