“THIS IS SPARTA!”, the Greek Team Unite!

“THIS IS SPARTA!”, the Greek Team Unite!

Chapter 1: The Debut, The Dream.

Ad Finem, a team that sounds so nostalgic yet we have not seen it for almost 3 years. It’s the underdogs team that came all the way from Greece to upset the favourites. It was back in Boston Major 2016, Ad Finem qualified for the major through the Europe Qualifiers.

Despite their shaky performance in group stage, it was far better than what anyone expected in the playoffs. First, they upset Newbee, which was pretty tier-1 level team back then (not now though, rip Newbee). Then, they proceeded to stomp over LGD’s sister team, LFY, and lastly, just before heading to the grand finals, defeating Digital Chaos.

While they did lost to team OG and secured 2nd place, it was still a great victory for the Greek team as fans say, “OG won the major, but AdFinem won our hearts”. After all, they were pretty good sport on the main stage too. 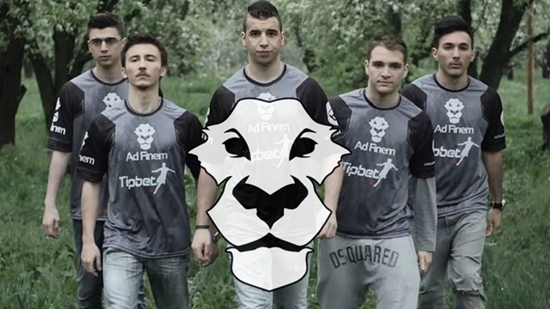 Unfortunately, ever since the major, the fans never really hear from AdFinem much anymore. Not in the Internationals 6, the next one, the following one and not even this year’s TI9. It felt like the Greek team’s debut was so short-lived after that major.

Somehow, heading into the new DPC season of 2019/2020, the Greek stack joined the EU qualifiers for Chengdu major, which they did not make it, and got 6th place, the last place for teams to proceed to the minor qualifiers.

Yet, among the 4 teams that played the EU qualifiers, AdFinem came out on top and represents EU for the Summit 11 minor along with Ninjas in Pyjamas. AdFinem got swept by Team Singularity in the upper brackets but it was the lower bracket run that AdFinem is looking for. After the Boston major, the AdFinem roster was picked up by a huge organization, mousesports, but with unsuccessful results, the team split ways heading into 2018. It was during 2018, when the team went their own ways, such as Madara and MaybeNextTime playing for CIS team, Vega Squadron.

Meanwhile, SsaSpartan (the captain) and Skylark, flew over to SEA for a taste of what SEA pro scene is like. After all, all those fantastic victories by SEA teams in TI6 and even TI7, have attracted many pro players to find a SEA team, such as EternalEnvy, UNIVERSE, Moonmeander and even Dendi!

Lastly, only ThuG, remained inactive for a good year and a half before joining his fellow team after TI9. With the Summit 11 minor coming soon, in less than a week, it will be exciting to see what AdFinem can do after 3 years of not being together. Will we see crazy cheers in the stadium? Will the Greek warriors upset the favourites? It all comes down to the Summit 11. Stay tuned.