One of CIS's top competitor Natus Vincere has been in the scene ever since we can remember from the old dota, all those years they have made a name for themselves that teams around the world fear but recently things have seem to slow down in the organization.

From the ending of last season's Dota Pro Circuit, coming into The International 9 to the start of first ever Major Qualifiers of this 2019/20 DPC Season. It is one of the main reasons the organization decided to step up and make a decision for their own betterment. 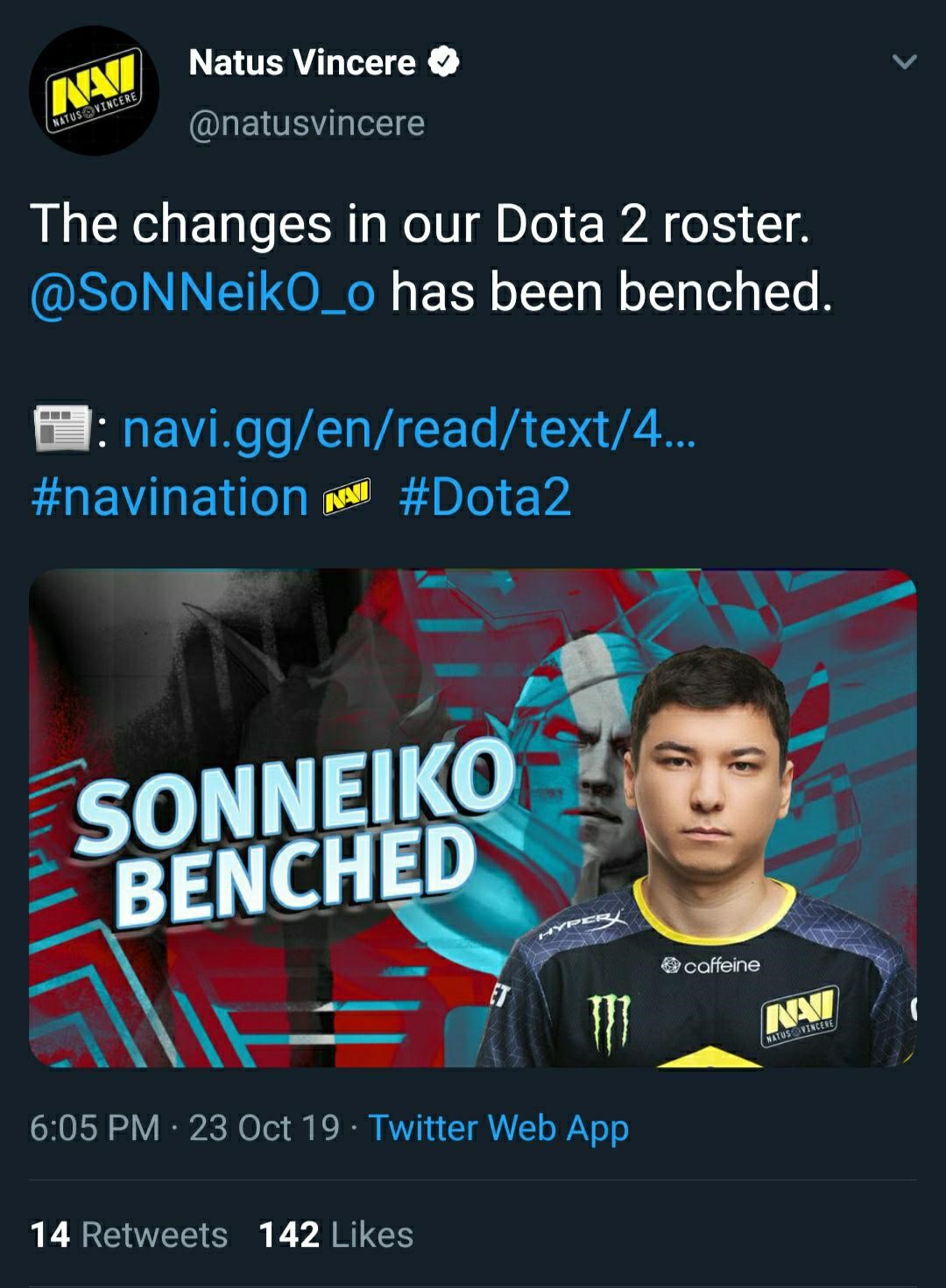 “Due to unsatisfactory results at MDL Chengdu Major Qualifier, Natus Vincere esports club made a decision regarding changes in Dota 2 roster: Akbar "SoNNeikO" Butaev has been benched.

In the nearest future, the club will start testing the candidates for the support position, while Bakyt "W_Zayac" Emilzhanov will become a captain. “

According to Na'Vi CEO Yevhen Zolotarov, the team has been experiencing struggles in terms of communication with each other. They decided to work their options and started to make adjustments in the team. Until they have cleared out that they only have 2 options in order for them to continue forward.

“The club faced a choice: either change the majority of the roster, give the captain a carte blanche and build everything practically from scratch, or change the leader.”

In conclusion, they have finalized to explore new talents with potential to bring something new to the table as a different approach by the organization to the matter at hand.

What are your thoughts? Tell us in the comments down below and I'll see you in the next one.

下一篇：Virtus.pro on the Brim of Elimination after Day 2 at ESL Hamburg.