Have you been Watching DEMON SLAYERS?

Have you been Watching DEMON SLAYERS?

Ah Dream League, from the hilarious memes to quality production value, even if it isn’t a major or minor tournament, they still deliver the best for all of us folks watching it live, often times surprising our expectations and making us laugh out loud in our basement.

That said, miracles still happen in this lowly tournament of only 6 teams in the past week. If it’s one of the most underrated regions in DOTA2, it’s definitely the NA scene. For the past 3 years, the only NA team to ever make it to the highlights is of course, Evil Geniuses. However, time passed so much that the TI5-winning EG roster has long split ways, leaving the current EG with only a champion’s title and nothing else.

Anyways, it seems like the boys over at Demon Slayers are stirring up some good DOTA lately. Demon Slayers, the team that went 0-4 in the group stage, upset at least 3 teams in the tournament. From J.Storm led by Fear to Team Liquid, consisting of the second generation former Alliance roster, and even the boys over at Ninjas in Pyjamas, who currently has 2 TI-winning champions, PPD and UNIVERSE.

Yet, the team prevailed and went against all odds, carrying NA’s pride on their back. Now a little introduction on the Demon Slayers line-up. Consisting of only one recognizable pro player, iAnnihilate, the rest of the team seems to be a bunch of nobodies who just got out of the NA trench. And here they are, playing in the Grand Finals. Alliance, is currently one of the most highly-anticipated teams in not only just Dream League but the Chengdu major too. Being one of the teams that made it to Chengdu and is even performing close to a tier-1 level, it’s all thanks to Nikobaby. But let’s not forget about the rest of Alliance being just as good all these time.

In the first game of the grand finals, Demon Slayers managed to held against Nikobaby’s insane Bloodseeker, until midgame where it’s only a matter of time before Alliance’s supposedly death ball strat end the game at 30 minutes. That didn’t work out and Demon Slayers’ Ember Spirit and Naix scaled so well into late game. The first game showed great discipline from the side of Demon Slayers, for managing to hold up against Alliance by making space for their carries and extending the game to late game.

Heading into the second game, this time, it was Demon Slayers playing the death ball strat, with Night Stalker and Viper being incredibly strong at just 15 minutes into the game. None of Alliance heroes could scale late enough as Demon Slayers knew they need to end the game quick before Nikobaby’s Spectre becomes an issue for them. They managed to end the game quick in just 25 minutes, zoning out Alliance from their own farming space on the map. 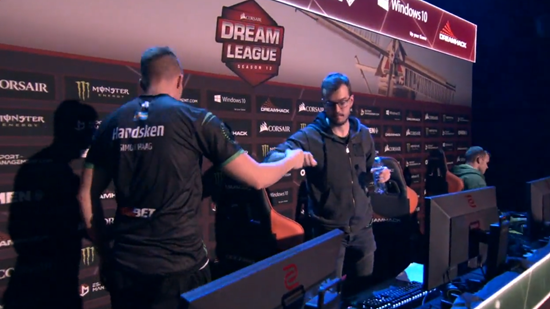 With just a game away from winning the Dream League major, it would be like dream come true for the boys who fought their way up to the Grand Finals. However, it’s just not so easy. Alliance had enough of fooling around and got into their serious mode in the deciding game 3.

Alliance went for a mid-game strategy, having various snowballing heroes like Templar Assassin, Gyrocopter and Leshrac. The 3 most irritating heroes to play against, especially in midgame, is something Demon Slayers weren’t expecting as they just kept getting caught out by Demon Slayers. With one last hoorah, Demon Slayers took their final fight and gets teamwiped. They call GG.

Meanwhile in game 2, Demon Slayers definitely had a decent early game, keeping up with Alliance’s insane combo. Which is Juggernaut with Magnus’ Empower. But that’s not all, Alliance decides to go with a 4 protect 1 combo, where Juggernaut is the main priority for Alliance. So, they have both Jakiro and Legion Commander to easily disrupt and possible disable on Nikobaby, allowing him to fight back a gank.

To make things tougher for Demon Slayers, there’s also a Magnus waiting to RP anytime Juggernaut gets jumped on. With no real way of disrupting Alliance’s defensive combo, Demon Slayers stood no chance at even thinking of killing Juggernaut. The series is now tied 2-2.

While the fans would say that second place is already a huge achievement for Demon Slayers, especially for a team that never had any expectation to begin with. But let’s be frank here, losing a grand finals, 2-3 will still hurt hard even if it wasn’t expected.

Unfortunately, Alliance is still the more experienced team. That said, hopefully Demon Slayers would not be too disappointed with their run because it’s definitely a huge achievement nonetheless.

With the Demon Slayers season ended, at least we have a Demon Slayers team to watch this DPC season. Anyways, what do you think of the new NA team? Do you think they played well? Tell us in the comments! Stay tuned.