For DreamLeague Season 12, DreamHack gave a direct invite to Alliance and in return, the completely different roster dominated their group and easily secured a grand finals slot after defeating NiP 2-0. On the other hand, Demon Slayers had to survive the North America Qualifiers and managed to make a lower bracket run as they defeat J. Storm 2-1, upset Liquid at 2-0, and escape NiP with 2-1 to face the brand new Alliance in the Bo5 Grand Finals of DreamLeague Rotterdam last October 20. After five intense games, Alliance took the last three games to be crowned as the champions of the tournament.

Demon Slayers showed aggressiveness in the early game with Disruption + Arrow combos to pressure Nikobaby as iAnnihilate continuously rotates. However, the supports of Alliance responded well to each gank and managed to give Nikobaby farm and space for 33. With a multi-hero Burrowstrike + Epicenter, Demon Slayers killed 4 of Alliance and took the last hit and Aegis from Rosh.

With Greaves on Mirana and Aghanims on Ember, Demon Slayers takes the half of the racks as well as draining Alliance’s buybacks. After defending their racks, Alliance managed to kill SK and Lifestealer, but an overextend from them allowed Demon Slayers to reset and use buybacks on SK and LS to kill Kunkka and BS without buyback. After a series of back and forths, Demon Slayers take game 1 after 53 minutes.

Alliance’s lineup proved to be more superior in the early game, but Demon Slayers played teamfights as five and at 19 minutes, NS had his aghs, Necro book and Aegis on Lycan, and Mek and Atos on Viper. Demon Slayers ran down at mid with Lycan’s creep army and took a 4 for 1 trade in their favor as well as forcing all buybacks of Alliance. A four-man Will-o-Wisp from Qzxuan allowed the rest of Demon Slayers to take down Alliance and force them to tap out before the 25-minute mark, making Demon Slayers one game away from the Championship.

In the early game, Alliance punished the Quas-Wex + Vessel build of Invoker by rotating to the side lanes as 5. Limmp led the charge and picked off Demon Slayers one by one, so by 31 minutes, they have already taken down Demon Slayers top T3 tower behind TA’s BKB, Deso, Blink, Bloodthorn, and Aegis. However, a five-man Burrowstrike from oldwhite helped Demon Slayers keep their racks and secure a 3 for 3 trade after killing TA twice.

Alliance continued pushing top, and with great initiations from 33, they managed to chip down Demon Slayers’ cores and kill them without buyback to end the game at 43 minutes with 30-10 team score in favor of Alliance.

14 minutes in, the bottom lane of Demon Slayers became a warzone as both teams were present in the fights. However, a three-man Silence from Limmp gave Alliance the upperhand, resulting into a 3 for 1 trade in their favor. With an RP + Macropyre combo, Alliance takes a 4 for nothing trade and the Aegis as they go high ground at 26 minutes with Juggernaut having Drums, Sange and Yasha, Mjolnir, and Skadi.

Despite great Echo Slams and Will-o-Wisps, Alliance’s positioning allowed them to win teamfights and kill Demon Slayers’ cores. Without buyback on Costabile, Alliance takes the series to a game 5 after Demon Slayers called gg around 29 minutes.

Gyrocopter farmed freely in the early game as the support duo of Alliance zones out the trilane of SD, SS, and Ember Spirit. Both teams weighed which teamfights to participate in, but by 23 minutes, 33 already has Pipe and Blink, Limmp has Greaves, and Nikobaby has Drums, Aghs, Aegis and Mjolnir. Meanwhile, Weaver only has oldwhite has BKB, iAnnihilate has Drums and BKB, and Costabile having Dragon Lance and BKB. These items allowed Alliance to take bottom melee racks and proceed to the top lane where Demon Slayers defended with a 4 for 1 trade in their favor as Gyrocopter TPs to based with a clutch Grave from Limmp.

With the sustain from Dazzle, Alliance secures kills while pressuring the high ground without anyone of them dying. Another Aegis for Nikobaby allowed him and 33 to turn with Ravage, but the numbers of Demon Slayers were enough to pop the Aegis and force buybacks on Alliance.

As Alliance attempts for mega racks, LC and Weaver zone out and kill Dazzle, but a BKBed and Satanic Gyrocopter committed to finishing the mega racks at the expense of his life and Tidehunter’s. Demon Slayers killed Dazzle once again to force him to buyback as they take the mid T3 of Alliance.

As Tidehunter and Gyro respawn, Alliance set forth to the enemy Ancient and despite attempts of killing the rest of Alliance and defending their throne Demon Slayers were just to squishy for Alliance. As chaos ensues, Nikobaby just kept hitting the throne until it fell at 40 minutes, making Alliance the champions of DreamLeague Season 12 after a thrilling 3-2 victory over Demon Slayers. 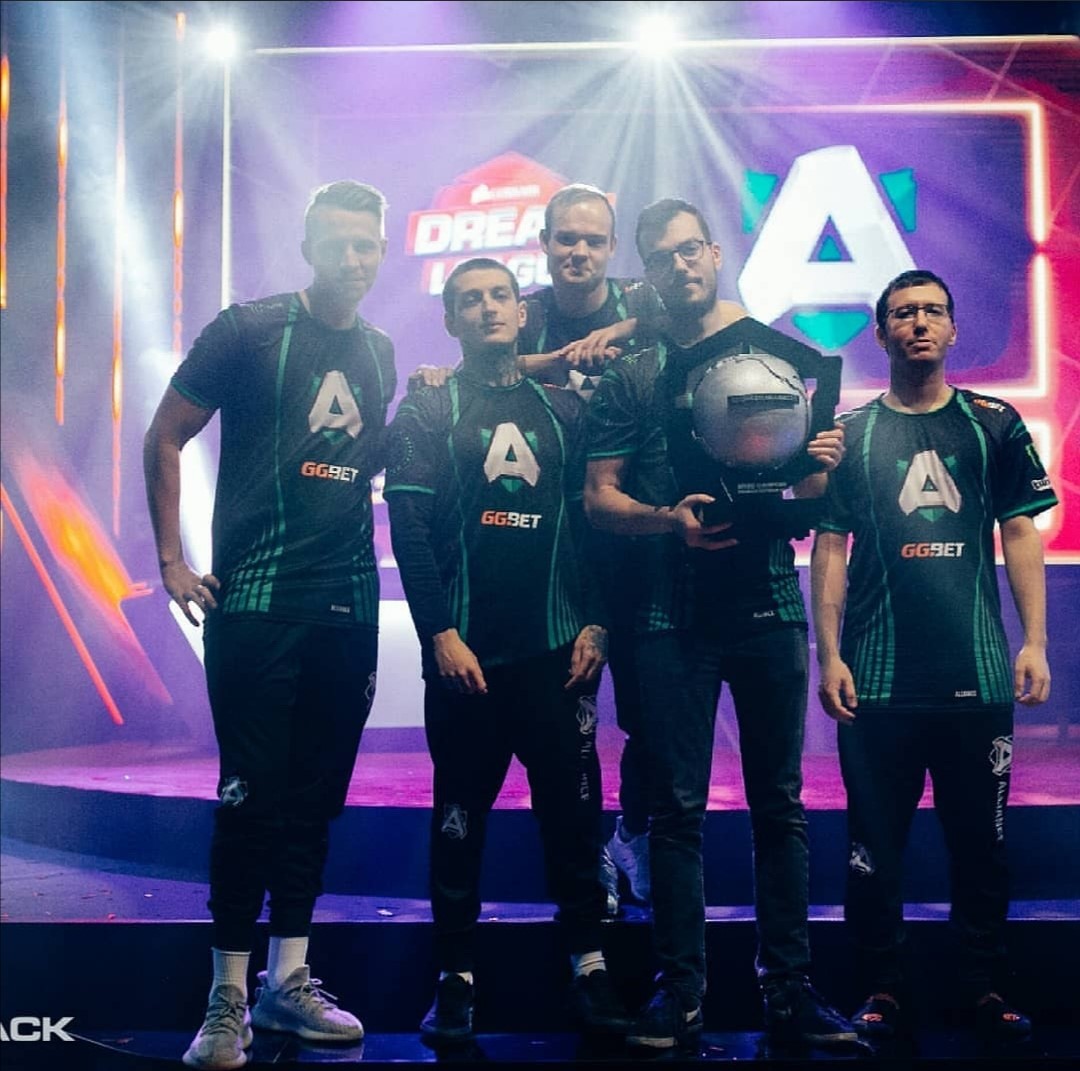 In the first two games, Demon Slayers played cleanly and capitalized well on some mistakes of Alliance, but the veteran experience from Alliance was a part of their victory as they regained composure in the third game and used this momentum to accomplish the reverse sweep.

Personally, the MVP of the tournament should be Nikobaby as he played his carries well; he knew when to fight with his team and when to back and farm. His perfomance on the last game as Gyrocopter really showed his confidence on his team as he just zones Demon Slayers inside their base as they take the racks.

With the victory, Alliance wins $100K USD, while Demon Slayers takes home $60K USD. What a way to end DreamLeague Season 12 with a great series from both teams, gg’s to both teams and congrats to Alliance for this hard-fought victory.

What do you think of Demon Slayers’ and Alliance’s performances? Share your thoughts in the comments and stay tuned for more!