The Evil Geniuses roster shuffle has definitely been one of the most painful loss in the DOTA2 community, with Sumail, S4 and Fly leaving. While Fly and S4 are still enjoying their well-deserved break off their career, Sumail has already been up and ready to qualify for his first major, which unfortunately didn't happen.

Even though Quincy Crew barely lost the qualifiers (they got 4th place), Quincy Crew still managed to play through the minor and qualified for The Summit season 11 minor. But no one expected what happened next…

Chapter 2: *Sumail has left the game.*

Just hours after they qualified for the minor, news about Sumail leaving Quincy Crew has took the social medias by storm. Much conspiracies and rumours spread like wildfire as Sumail did not officially tweeted it out. Instead, Quincy Crew's manager, Jack “KBBQ” Chen, was the one who tweeted out about the roster update of Quincy Crew.

To which he states that they (the team) tried to resolve their fit issues, but were unable to work well with anyone comfortable enough and empowered to keep moving forward. Thus, Sumail will be leaving the roster as they search for a new offlaner.

While it didn't come as too big of a surprise considering their mediocre performance in both the major and minor, it's still tough to swallow. Anyways, this may be due to Sumail being a very opinionated player, that require so much attention to be given to him in the game to make sure he deliver perfect performance. Without that, it's almost impossible for Sumail to be impactful enough in a game. I will leave this discussion for all you Immortal players at the comments to share why you think Sumail is not fit for Quincy Crew. 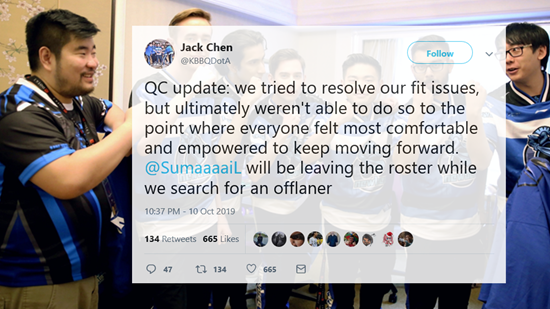 While the team coordination wasn't the best we ever seen from a god-tier player like Sumail, let's be frank here, he's still a god-tier player. In the finals of the NA qualifiers, Sumail on Anti-mage was caught out in the enemy's base. With just barely an inch of HP left, he still somehow managed to blink out of harm's way. But the enemy Kunkka had X-Mark on him already.

Just when we thought that Sumail is dead for sure, he makes an absolutely perfect-timing play with hi Manta Dodge. Surviving what could possibly threw the game for his team. It's definitely a play worthy of praises for the King himself. 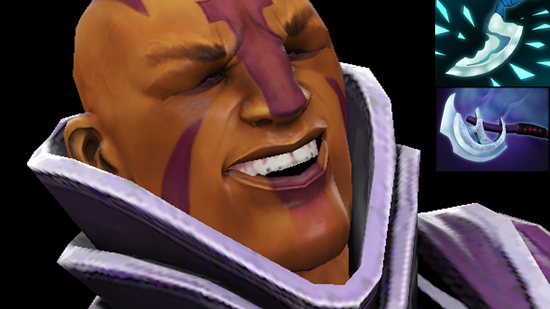 Rumours has it that Sumail and the former Liquid squad are in the talk for a potentially new team. While we can't get any confirmation just yet, rumours that Sumail left due to getting a better offer to play for a tier-1 team are popping out. But at this point, it could really be any team, even non-American teams. Chinese team, Aster, coached by Burning, said that they tried to contact Sumail to play with them but it probably didn't work out, even when Burning said that he would hire a professional translator for him.

That said, a Sumail X Miracle, is much more relatable and possible outcome. However, the last time Team Liquid announced their drop from the organization, they left as a 5-man team. So, perhaps W33 is leaving to make room for Sumail? Which would be kind of a waste, considering they won second place in TI9 with such a young roster.

Now, do note that there's probably no bad blood between Sumail and Quincy Crew, so it's not like Sumail is getting kicked or anything. It was just unfortunate that the team could not adapt to each other's unique playstyles.

Anyways, why do you think Sumail is not fit for Quincy Crew or vice versa? Tell us in the comments! Stay tuned.

下一篇：Congratulations to KACI for joining VALVE!