With the conclusion of MDL Chendgu’s Regional Qualifiers, given that some regions have been granted 3 or 2 slots, there’s still lot of teams willing to contend all the way through for the last ticket to the grand Major.

In the CIS region, Virtus Pro’s experimental roster have failed into playing in the Mainstage Playoffs the Major’s qualifier as they finish 5th place. But that didn’t not become a problem for them going into DS 11’s quals, beating Old but Gold and Palantimos’ stack jfshfh178 in a clean score of 2-0, they punched their names easily going into the Minor. 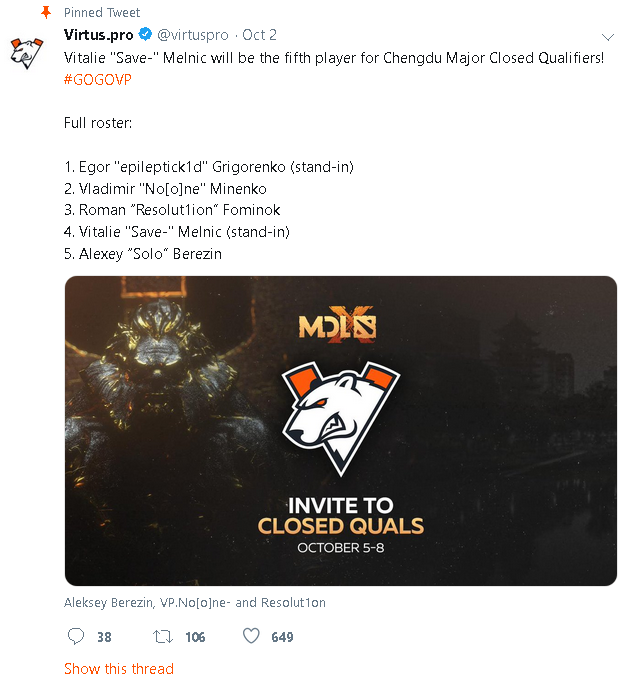 In Europe, Ninjas in Pyjamas came very close in earning a spot in the Major till they met Team Liquid in Lower Brackets. They we’re dropped 2-0 thus getting 3rd place. Same as VP, going in the Minor’s closed qualifier went favorable and swiftly for them as they take out Ascomanni and Team Singularity 2-0. 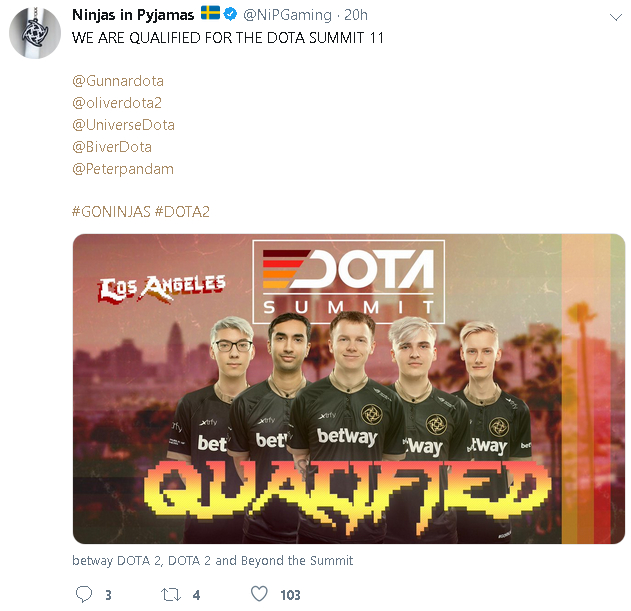 Meanwhile in China, the bloodbath in Chengdu’s Regional quals didn’t ended until Dota Summit. All 4 teams; Royal Never Give Up, Invictus Gaming, Newbee, and CDEC Gaming have played their hearts out and all their will in this battle. But in the end, it all came to the decision between Invictus Gaming and CDEC Gaming in a Best of 5. After a gruesome match, it was the new squad of Kaka - TI7 Finalist who became the victors and earn the rights to go to Los Angeles, New York for the Summit.

And last from the South East, Cignal Ultra, Team Jinesbrus, Geek Fam, and BOOM Esports contend for the single ticket. In the end, the most solidified team, Geek Fam have claim the spot after defeating the all-Filipino roster Cignal Ultra in the BO5 with the final score of 3-1. 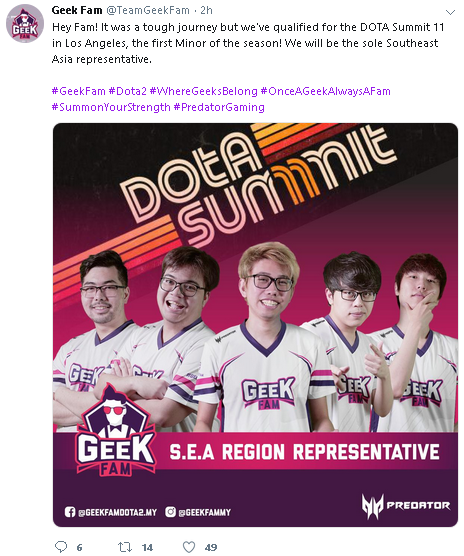 That’s it for 4 teams. It won’t be the end as the first Minor of the 2019/20 DPC Season will include 8 final teams to compete. Battles in the regions of Europe, CIS, North America, and South America won’t stop yet as they still are up one team as representatives.