Overwatch has become infamous over the years for its expansive lore universe. From cookbooks to comics, Blizzard Entertainment has played around with the method of delivery for its characters’ backstories. But now, Overwatch is getting its own book published by Scholastic in 2020. 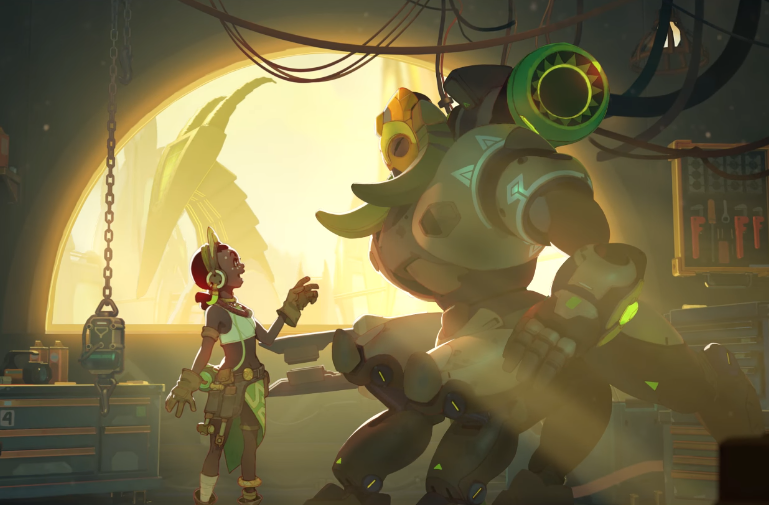 Titled The Hero of Numbani, the book is listed on Amazon for preorder with a $5.99 price tag. The product page gives fans a brief overview of the storyline, which follows Efi Oladele, Orisa’s creator, as she seeks to fortify the city of Numbani with her engineering talent.

“Efi has been making robots since she was little—machines to better her community and improve people’s lives,” the synopsis reads. “But after she witnesses Doomfist’s catastrophic attack on the city’s OR15 security bots, Efi feels the call to build something greater: a true guardian of Numbani.”

Efi debuted in the Overwatch universe in early 2017. Blizzard first released a mock interview with the 11-year-old robotics expert to tease Orisa’s release before following it up with a map change to Numbani. Shortly afterwards, the Overwatch developer shared Efi’s to-do list and fans learned of the character’s connection to Orisa.

The upcoming book is tagged as “Book #1” on Amazon, suggesting it may be part of a larger series. The book is scheduled for an electronic release on May 5, 2020. Fans can preorder The Hero of Numbani to have it automatically delivered to their device on release.