Chapter 1: Who is this guy?

The name’s qSnake. A rather popular semi-pro DOTA2 player that has a whopping 166K followers on his Twitch. How he gets so many followers? Well, to be fair, qSnake is a decent Immortal ranked player, who is currently ranked at approximately 1100th, so he definitely has decent skills to actually go pro.

Ever since he rose from the trench back in 2017, many viewers were fascinated by his playstyle and he gained a decent following ever since. Unfortunately, the talented player seems to have taken a wrong step since then. He has been reported by the community for boosting accounts, sometimes even boosting accounts to be sold as fresh accounts too. Since last year, qSnake has been boosting accounts. What makes it worse is that he actually streams himself boosting these accounts. Now, it’s difficult to confirm if he’s actually boosting an account or just smurfing.

Either way, it seems like Valve’s recent matchmaking update has finally dropped the hammer on him. Just yesterday, qSnake is just doing his daily routine of streaming DOTA2 while playing on a smurf account when right after his second last ranked calibration game ended, his account was banned from matchmaking permanently, where it states that it last till 2038.

The poor streamer definitely wasn’t expecting Valve to hit him hard. That said, it’s not the end of the world for him as the account that got banned is not his main account and is probably just another boosted account. Perhaps we will be able to see his stream featured on the DOTA2 section of Twitch main page.

Now, there’s not much word about whether if his main account is banned or not, so that’s a story for another day when it actually occurs. Since he can still go on with his daily Twitch stream, it’s time we do something about these boosters and account sellers, which is to report him and many others through the Twitch report process.

Boosting an account aka selling an account is a violation of Steam’s Terms of Service, so all of us can always do our part in making sure that boosters like qSnake are eliminated from the game.

It seems like there are reports about a pro player named Sumiya, streaming while boosting accounts on Twitch. Thankfully, it’s not the real Sumiya and the imposter is apparently just a Peruvian booster.

If you didn’t know, Sumiya is one of the most popular Invoker players in China and streams on the Chinese streaming platform called Douyu and PandaTV. Therefore, if you could always report the Twitch streamer imposing as Sumiya, by reporting the imposter’s Twitch account.

Not only is he stealing the identity of someone else but he’s also violating Steam’s Terms of Service. So, he’s definitely someone we need to get rid from the DOTA2 and Twitch. 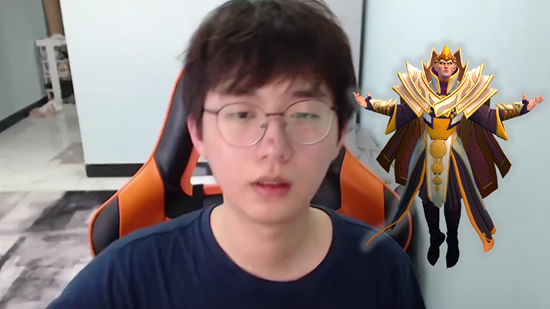 Therefore, we can finally conclude that Valve’s latest matchmaking patch is doing great and is proving to be very effective in cracking down the boosting and account selling market that has been very popular in recent years.

Anyways, do you think qSnake’s ban is well-deserved? Tell us in the comments. Stay tuned.