Chengdu Major Qualifiers is a Mess.

Chengdu Major Qualifiers is a Mess.

Well, this is definitely not a good news to begin our first ever major of the new DPC season ‘19/’20. Several days ago, Khezu (former Team Secret player) tweeted out if there’s any news about open qualifiers and direct invites for the Major qualifiers.

Now, this doesn’t always happen in past DPC season, so that’s a weird statement from Team Singularity’s manager. Anyways, he also stated that the number of slots for open qualifier winners will be released soon and the OQ dates are on 2nd-3rd October. 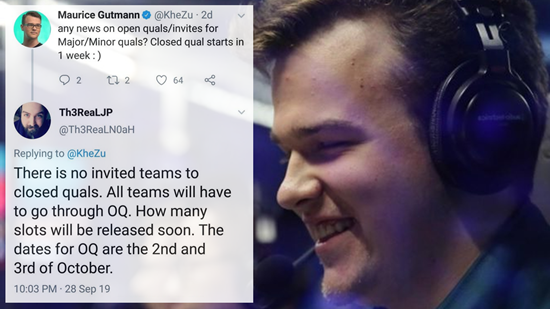 It didn’t take long before some party responded to the tweet by Team Singularity’s manager, declaring it as not true. Coming from Mali, the Director of Events at Mars Media (the organizer of Chengdu Major), he says that the information given is absolutely not true, which means there are invites sent out to teams that got it. He clarified that there are teams invited for each regional qualifiers and the invited teams have already been informed. Thus, debunking that there are invites handed out.

However, this doesn’t change the fact that there’s no official or public announcement about it, so several teams may have missed it, especially the tier-3 or 4 teams. However, Cyborgmatt, Team Secret’s manager, said that the teams are already made aware of the announcement in their DPC Discord group. It seems like there’s already a Discord group for years, that the people working closely with Valve and DPC tournaments are always aware of.

However, there are concerns that some teams are not in the group, which Cyborgmatt also assured that the group is the biggest source for tier 1 to 4 DOTA2 teams for any first news. There’s also a user who asked, then why Khezu doesn’t have a clue about the invites, to which Cyborgmatt said that he should have asked his manager.

While it’s assuring to know that the DPC event are properly managed in a Discord group, however, there are some players who are pissed off with how the whole open qualifiers is managed. According to Reddit user, ZekkenD, he states that the whole qualifier is a joke, with close to no information available about the open qualifiers.

Since the dates of qualifiers stated in Valve’s announcement page is for the CLOSED qualifiers, there’s none about the open qualifiers, which is obviously earlier. Thanks to the late announcement of the OQ dates, teams like ZekkenD’s team will have to forfeit the qualifiers because it’s out of their schedule, where he states that it is at 3PM Wednesday, where his team members need to work. 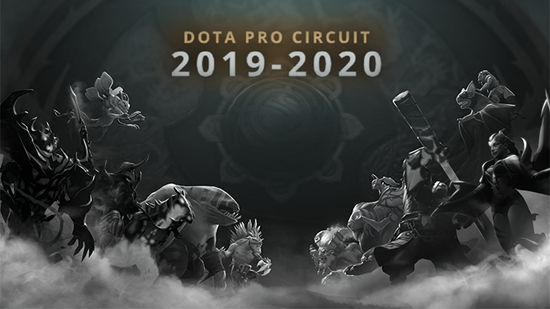 Now, Discord is definitely one of the most used communication platform for most users out there, however, there are people who thinks that a million dollar event and also Internationals are communicating through a Discord group, instead of better alternatives.

Personally, the writer thinks that using Discord is fine but letting the FACEIT team deal with the whole qualifiers is kind of an oversight. There’s been so many times when FACEIT screwed up qualifiers not only for majors but even the International 2019. AdmiralBulldog’s team was defeated by a stack of Russians who played in the EU region for the fun of it. They should have been disqualified and AdmiralBulldog’s team should have gotten a free win, but they didn’t.

Anyways, the open qualifiers should be ending soon later today, so the next big thing is of course, the closed qualifiers aka regional qualifiers, on the 5th October. Stay tuned.