It has been a good 3 years since the last time Virtus.pro made a roster shuffle. This time, right after their disastrous TI9 run, everyone over at VP probably had enough and knew it’s time for a change.

It starts off with RAMZES666 leaving the team for Evil Geniuses, which is a bold move to say the least, for the young CIS prodigy. Then, 9pasha the offlaner steps down from the Virtus.pro roster too, earlier last month. Just when the community thought that at least 3 of the VP former lineup will remain, it didn’t stop there. 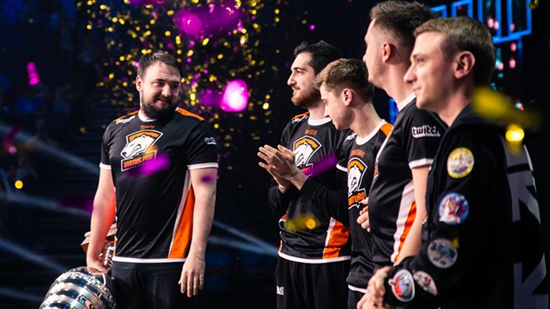 Today, Virtus.pro announced their new roster, with the only remaining veterans being Solo and Noone. Their new hard carry, is the highest ranked player in EU region, aka Immortal Rank #1. Introducing Egor “epileptick1d” Grigorenko.

However, the bigger news is definitely the return of a veteran to his beloved region. Virtus.pro welcomes the likes of Resolution as he also takes a new role in the team as the offlaner, replacing 9pasha. Being a TI6 Finalist, back when he played for Digital Chaos, Resolution definitely has gotten much attention from both the community and teams looking for some of the best performing players out there.

As I mentioned before, 3 VP players left, leaving just another spot which is as a support role. Previously played by Rodjer, it seems like he also left Virtus.pro in search for a new team. Therefore, it has not been announced who will be playing the support role. 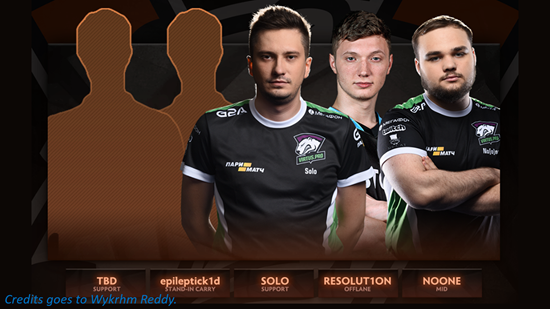 While most of us fans are excited to see the new VP team in action soon, others are having a fun time screwing around with the tweet. Right after Wkyrhm Reddy posted about the new VP lineup, it seems like he had accidentally kept Rodjer in the image and was being told about his mistake. It didn’t take long before Vici Gaming’s Twitter commented about it.

In his reply, he edited the 2 unknown VP players as John Cena and the Virtus.pro bear mascot. It seems like VG wasn’t the only one playing the game as NAVI also posted their take on the VP roster, editing Solo with a ripped body, quoting “What if Solo takes his shirt off??. VG replies with Noone looking a lot like a pro wrestler who won a championship belt.

Wykrhm too joins the fun with some puns of his own. But NAVI keeps the meme game going with Dendi revealing himself from the bear mascot. It’s definitely nice to see the DOTA2 community having some light fun out of the transfer season for DOTA2 teams. 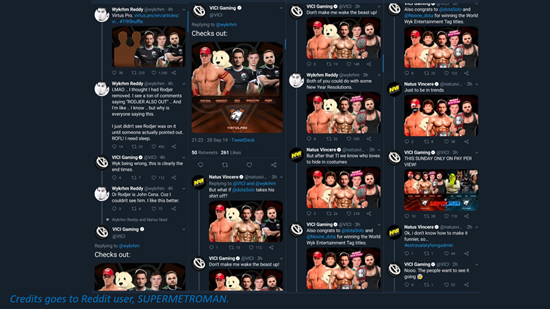 Chapter 4: Another Season, Another Major.

Once again, can Virtus.pro continue their major win streak this DPC season with their new roster? Whatever it is, you can be assured that Resolution will deliver some insane performance with the contribution of new blood and veterans in his team.

Anyways, what do you think about Reso joining VP? Do you think VP can win TI10 next year? Tell us in the comments! Stay tuned.