Report Players before the Game Begins!

Report Players before the Game Begins!

Chapter 1: A Solution to EE.

Once again, we really have to thank EternalEnvy for pointing out an obvious flaw in DOTA2’s latest implementation of the matchmaking feature, where players can pick any role they want before the game. While this works in hindsight, there are definitely many bad apples in the player pool that would go against everything good.

For instance, not playing the role they selected, aka picking carry when queuing as a hard support role. One of the greatest examples is by EE himself, as he posted a screenshot of his smurf account having zero behaviour score, due to massive reports, probably thanks to him picking Spectre when he queued for hard support. Why did he do that? Well, because games in the top 500 rank takes ages but also the fact that EE-sama gets reported and avoided literally every time he plays. 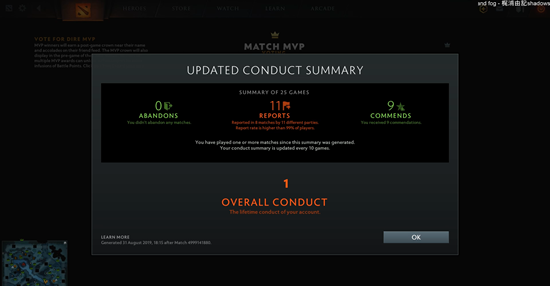 Well, the DOTA2 development team implemented a new report feature, where players can report a teammate or enemy in the game before the game loads. With enough reports on the same user, this would indicate that the player is intending to not play the role he selected.

This helps cause the game to be ended early without sacrificing anyone’s precious MMR. Literally everyone will be happy about this and these abusers can now think twice before doing their thing as they will just be wasting their own time. 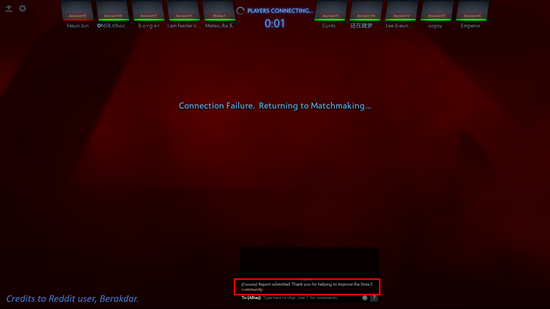 It seems like not only can players in the game report each other before the game begins but even spectators, that’s right, even random strangers watching the game, can report any player in that game. Is it a bug?

Well, to be fair, CS:GO has similar feature as well, where viewers of a game can report a certain player of the game they are watching. This definitely is helpful when the game is in very high skilled bracket, where even pro players are frequent in these games. These games usually have a decent quantity of players watching, probably around 500-1000 viewers. So if anyone is acting suspicious as if they are using cheats, the viewers can play god and report the suspect enough times for the game to know that he’s clearly cheating. 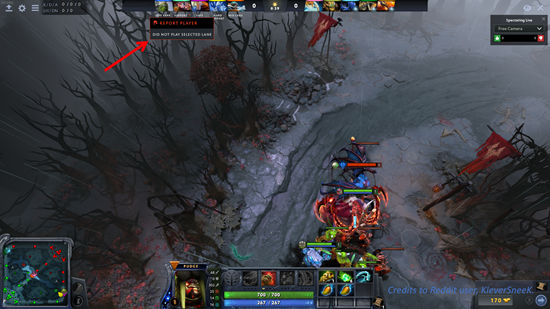 Once again, a similar incident could potentially happen, where other players can determine the fate of a popular player or pro player’s account. Months ago, Cr1t from Evil Geniuses, was reported enough times by players of his various games that his account got banned for too much reports.

Apparently, people were intentionally reporting him after each game for fun and that’s what happened. After that, it seems like Valve has made an exception for pro players from the punishment. Now, they still can be reported but they can never receive an automated ban by the system.

Well then, as of most things in DOTA2, it’s only a matter of time before some ass finds a loophole or hack into the client, causing players to be banned through massive numbers of reports from viewer-side.

Till then, this reporting feature may be a decent solution to EE’s shenanigans and others following his footsteps. What do you think about this new report feature? Tell us in the comments! Stay tuned.