A Ban for you, you get a ban. Everyone gets a Ban!

A Ban for you, you get a ban. Everyone gets a Ban!

Yesterday, Valve dropped a huge update that would affect every player, which is the matchmaking shenanigans and a new season to come. Among the sea of stuff they added, they also said that they sent out ban waves to low behaviour score players, or in other words, toxic players.

It seems like they also set back the boosters and account buyers business a bit with the ban of accounts that are detected to have switched phone numbers or even regions. After all, selling of Steam accounts is a violation of the Steam Service Agreement.

Lastly, the hackers and scripters who have been exploiting the game to reach a higher MMR while leaving other players miserable. That said, it didn’t take long before these “ban victims” got out of their hiding spot. 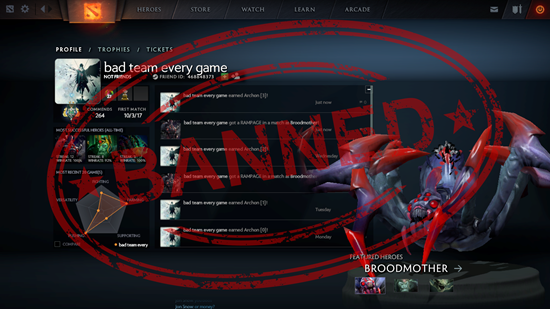 Just when these banned players thought that by posting about them being banned till 2038 or 19 years, they may be able to get Valve’s attention to remove the ban, never have they been so wrong. But frankly, they probably just didn’t read the update or knew the update happened and thought it was a bug. Seems like they screwed up big time.

One victim posted a screenshot of his 19-years ban, so it didn’t take long for the community to dig out what the hell has he been doing. Checking his Dotabuff stats, it seems like not only does he has an extremely low Conduct score of 500 but it seems that it’s also a bought account! The proof is that the account played 94 turbo games and proceeded straight to ranked in just 9 days. Later, the boosted account has a winrate of 77% on Tinker and 83% on Huskar on 110 ranked games.

Well, besides being a boosted account, it also has some pretty interesting chat messages he used in-game, so there’s no doubt that the 500 conduct score is affected by this and the fact that it’s also boosted. On the other hand, another victim, while he did not buy a boosted account, he definitely has been a really toxic little cunt in-game. According to his Dotabuff, he played a total of 71 single-draft games, which basically translates to low-priority games played. In record, he has abandoned 60% of his total games (424 games).

So, if you want to get your account banned for a lifetime, be sure to abandon most of your games and reach a behaviour score of less than 500. 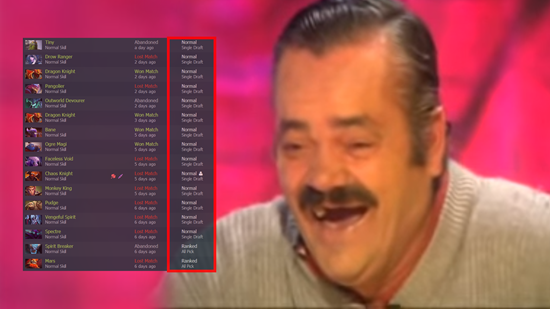 Actually, the ban doesn’t last till 2038 but is actually lifetime. Because there’s a bug called Year 2038 problem, which is an issue of insufficient capacity to hold that much “time” storage unit. So, these banned players would need to consider making a new account and a buying a new number if they want to get back into the game.

However, it seems like many banned players have wrote in forums, telling Valve that they just lost a customer because of the ban. Not sure if Valve really gives a bat but hey, they can always complain. Of course, the boosters are probably the saltiest of everyone affected by this. 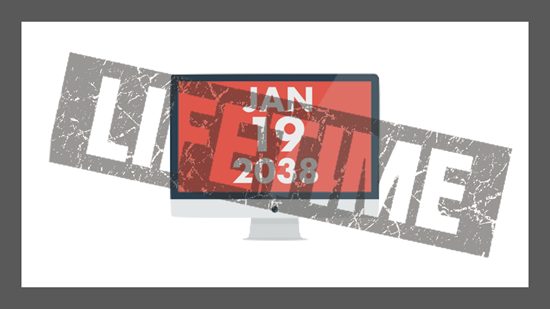 Once again, the community seems to be particularly happy that the bans have taken its toll on these meddling toxic players in the player pool. Hopefully, these toxic players can now think twice before deciding to ruin their behaviour score by abandoning games or even griefing in-game. After all, you are playing with 9 other players who just wants to enjoy a good game and win, so it’s very selfish to say the least.

If you want to check out others who posted about their bans, be sure to check out the forum as there are a lot of interesting comments there.

Anyways, what do you think about the ban waves? Tell us in the comments if you got banned! Stay tuned.