The Brotherhood story between Cr1t and Sumail.

The Brotherhood story between Cr1t and Sumail.

Chapter 1: It was a long road.

It feels like all these shocking roster shuffles are really coming hard on us in the community. From Team Liquid dropping their TI-winning roster to now, EG losing Sumail. Frankly, EG in the previous DPC season had their ups and downs. Often times, the third place was a great achievement especially when they did it so many times in multiple majors and even Internationals.

Unfortunately, EG aren’t satisfied with their TI9 run, ending in a miserable 5th place. It would have been an achievement if the less popular teams got this but for EG, 3rd place is the benchmark for every tournament. Although there were already rumours about s4 leaving EG, no one really expected Sumail, their TI-winning midlaner to kick the buckets. 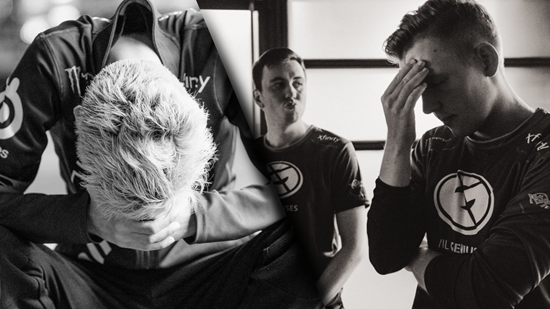 There’s no doubt that most teams, especially those who had been playing together for more than a year, would have a somewhat thicker bond among themselves. Despite the public flames they write each other in-game, deep down, any of EG players would have said that they were like their family.

Sumail being the youngest in the team, is often depicted as the son while Fear as the father for he is the oldest back when he’s still in EG. Sumail treated Fear like a father figure. But that’s not all as Cr1t tweets out a farewell message to his fellow brother. *Warning, may cause emotional distress*

In his tweet, he wrote that since 3 years ago when he joined EG, he had 2 brothers on the team and they went through a lot together. One of them is obviously Sumail while the other could be Arteezy? Anyways, he also said that even if they aren’t on the same team anymore, Sumail will always be like a brother to him. Are you crying? Because I am, after reading the heart-breaking tweet. 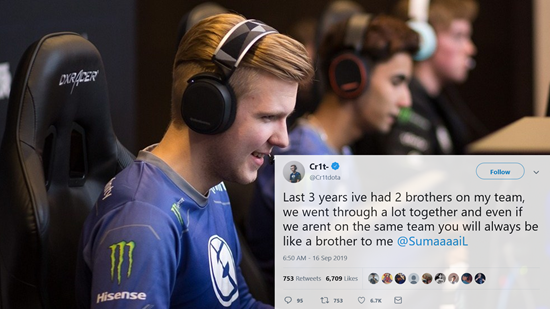 Anyways, Sumail has a message to his fans too. In his tweet, he talks about his wild journey in EG that lasted for 5 years. The team that gave Sumail the opportunity he needed to be a pro player and he won it all in his first year of it. He deeply regrets ending his career as an EG player but it was not meant to be.

He wishes EG all the best and thanked his fans for the support he had. Last but not least, he ends his tweet by stating that he’s not retiring or taking a break. Alongside, there were many responses from talents and even pro players, such as Ceb and Nahaz, mostly positive messages to the King. 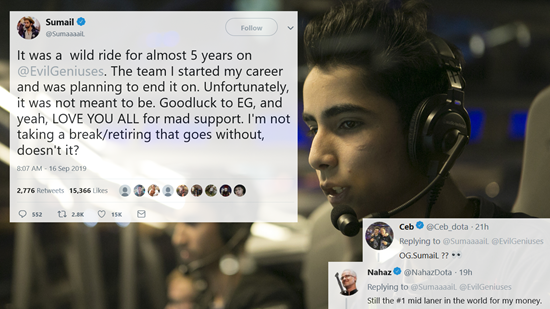 Chapter 4: The Road Ahead.

With the EG announcement published yesterday, it may take a while to actually know which team Sumail will be playing for but the first major qualifiers are around the corner, with less than 3 weeks to go.

Who do you think Sumail will play with next season? Tell us in the comments! Stay tuned.