Midas Mode 2.0 and its confliction between Valves New Updated DPC

Midas Mode 2.0 and its confliction between Valves New Updated DPC

The new DPC season 2019 - 2020 is at our doorsteps and with it comes a lot of new updates and announcements the Guideline comes with a lot of benefits to the Professional DOTA 2 scene, with Majors and Minors being tweaked to be short for Professional players to have the luxury of rest in between the Tournaments and even the whole DPC points system has been altered to give lower-tier teams a chance in the Professional DOTA 2 scene which for most may not seem like much but to the teams, is a breath of fresh air.

The New DPC Guidelines was looking to be a pretty good at first until the DOTA 2 community realized that there was one problem, which was the Qualifier Dates considering that it was very inconveniently planned since the upcoming game mode Tournament Midas Mode 2.0 was scheduled to commence near the set date of the updated Qualifier, while the progression of the tournament and end would be conflicting with the Qualifiers, which in conclusion means that the Professional DOTA scene will, of course, be more focused on qualifying for the upcoming DPC tournaments.

The DOTA 2 community has been looking forward to the upcoming Tournament for months now with it being announced on July 11, 2019 with Jake “SirActionSlacks” Kanner a DOTA 2 caster, personality and interviewer having tweeted about tickets going on sale, and in knowing that the spectacular event that everyone enjoyed was imminent and approaching, the community did not hesitate to grab their seat numbers and tickets and the professional DOTA 2 players were getting ready to register.

Midas Mode 2.0 is a game mode tournament developed by MoonDuck and after two years, it has made its way back the tournament uses a custom ruleset involving a new type of economy named “Moonbucks” which brings a different look on DOTA 2 tournaments itself, the tournament will have a prize pool of $150,000 which is pretty close to the amount that would be in a normal Valve hosted Minor. 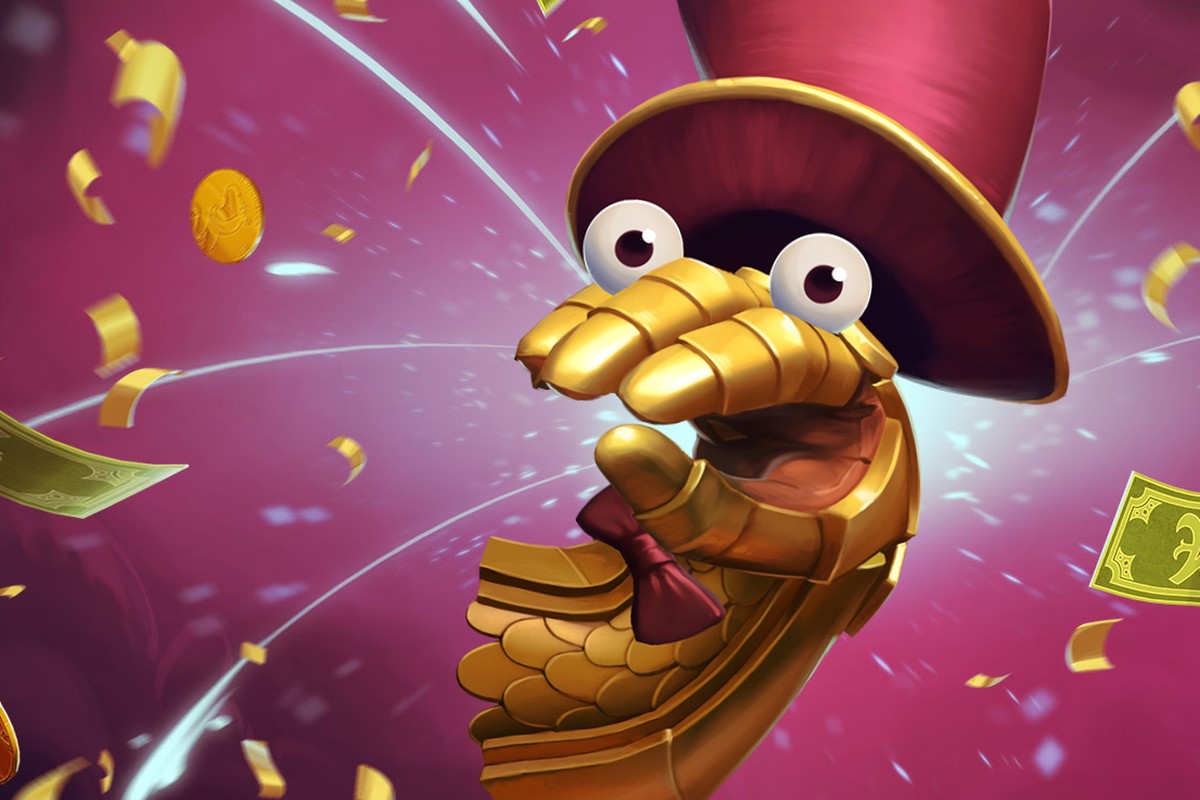 But as soon as the Valve and DOTA 2 team released the New Updated DPC Guidelines and Rules, it started looking like that Valve completely disregarded the tournament and that brought an uproar to the DOTA 2 community with many players, fans and even personalities making statements of their own regarding the issue. 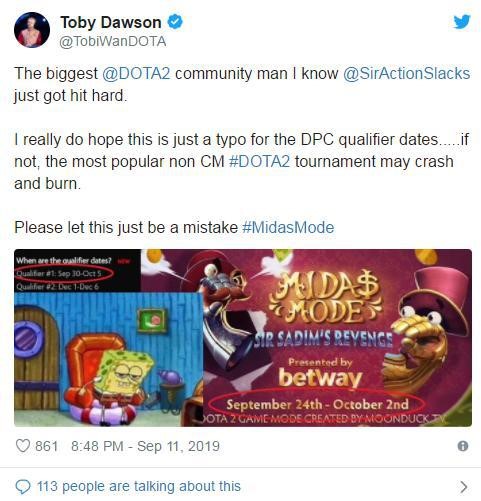 While some personalities on Twitter took the issue in a humorous manner. 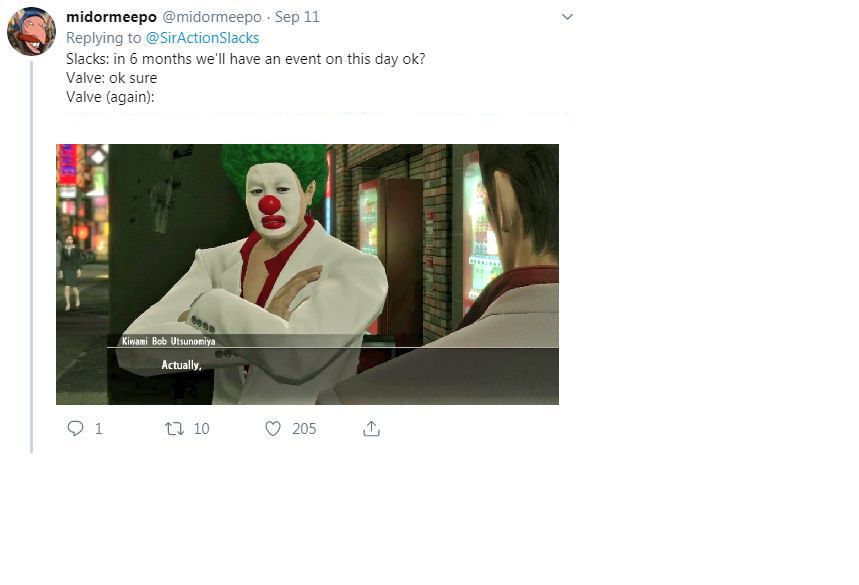 The DOTA 2 community on Reddit also had endless things to say about the situation at hand.

There are more replies, statements and arguments when it comes to this problematic situation in the DOTA 2 scene, but it is clear enough that this uproar will hopefully shake Valve and bring them back to their senses so that good and genuine people that want the best for the community and game like SirActionSlacks will receive not only the praise but also the respect that’s deserved and that the approaching Midas Mode 2.0 Tournament will proceed with its plan and that the Qualifying Stage Dates will be adjusted and postponed for the benefit of not only SirActionSlacks but also the face of Valve and DOTA 2 itself.

下一篇：Slacks is Depressed. Midas Mode 2 may be postponed for another year.