Astralis star Nicolai "device" Reedtz is the winner of the Most Valuable Player (MVP) award of the StarLadder Major by HLTV.org and betway.

The Danish talent, who turned 24 today, capped off a fantastic tournament with a powerful final performance as he inspired Astralis to a convincing 2-0 victory over AVANGAR with a team-leading 1.71 rating.

device excelled especially in the playoffs, in which he averaged a sensational 1.47 rating, topping the scoreboard in all three series that his team played in the knockout rounds. His ability to find a higher gear in the decisive stages of the tournament was what ultimately saw him win the race for the award ahead of players like Dzhami "Jame" Ali - who was his closest rival heading into the final -, Andreas "Xyp9x" Højsleth and Emil "Magisk" Reif.

device showing off his MVP medal from the Major

This is the 14th MVP award of device's career, the second to come from Major tournaments, which sees him equal Marcelo "coldzera" David's record. It is also his second medal of the year, after also scooping the honor at BLAST Pro Series São Paulo. 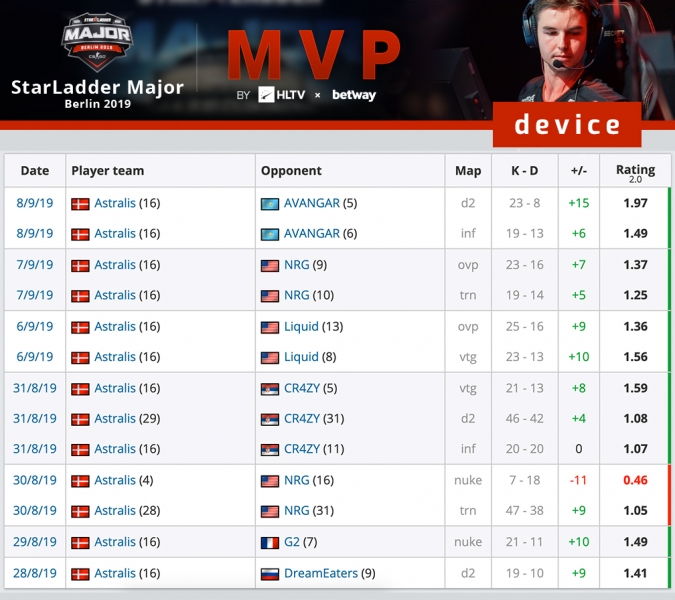