Chuan remembers the “Patience from Zhou!”.

Chuan remembers the “Patience from Zhou!”.

Ah, it seems like the post-TI9 roster shuffle did not disappoint us this year as we got some spicy news since last week. From the revival of Korean Dota (picked up by T1, former League of Legends champion) to Sccc leaving Newbee for Aster. Just when we thought it couldn’t be more shocking, here comes an old legend.

It’s Chuan! The TI2 Champions, who played support in Invictus Gaming and also SEA’s only TI Champion to date. While Invictus Gaming isn’t from SEA, ChuaN Wong originated from the humble region of Malaysia, where you probably know more familiar names from the same place such as xNova (PSG.LGD), Midone (Team Secret), ah fu (Team RNG) and of course, how can we forget, Mushi (Mineski’s coach).

Just yesterday, the veteran tweeted that he will be returning to the pro scene, however, not many of us knew that he didn’t just disappear right after TI2, so here’s some history lesson about ChuaN’s career.

Right after TI2, Chuan remained in Invictus Gaming as they get invited to TI3 as the returning Champions. While things were great, IG only got 5th place in TI3 which only earns them a 115K USD winning. Compared to TI9, getting 5th place gives you a whopping 1.2M USD, equivalent to becoming champions in TI3.

Heading into TI4, it was another rough TI for IG as they a worse result, 7th place but in terms of prize pool, that’s 5 times the amount they won last year (518K USD). Unfortunately, ever since then, Chuan’s team failed to secure top 8 in the next Internationals and the fans begin forgetting about the veteran.

Well, you might have noticed the gap since TI7 till today, and while it wasn’t confirmed, there were much rumours about Chuan’s shenanigans. Last year, Chuan was accused of match-fixing various SEA tournaments. And Invictus Gaming’s owner, Wang Sicong even commented (after Chuan’s accusation went viral), that Chuan is the worst player he has ever met in IG, saying he’s selfish, liar, and difficult to work with. And it goes on…

However, I won’t cover too much about that drama since it’s history, so if you’re interested, check it out here: http://www.vpgame.com/news/article/166825 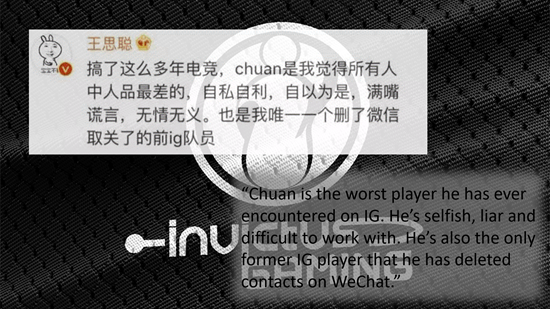 Chapter 4: Return of the Champion.

That said, let’s wish Chuan well as his Dota story is definitely one of the most inspiring. Chuan used to play physical sports, specifically, basketball, and he loves it because it’s his passion. However, after a leg injury that put him on the bench for far too long, he begin pondering about what to do and that’s when his strife to be the best DOTA2 pro player began.

He went to China, got himself signed to play for IG and after one year, he made history. Achieving his title as the International 2 Champions. Looking back on the grand finals between Navi and IG, he probably remembered “The Play” as Tobi says “Patience from Zhou” and disaster strikes.

Once again, we wish Chuan the best of luck in his upcoming team that he hasn’t announced as the DPC season crawls closer. It would be interesting to see whether Chuan decides to play for a Chinese team or SEA team. Anyways, what do you feel about Chuan’s return? Tell us what you think! Stay tuned. 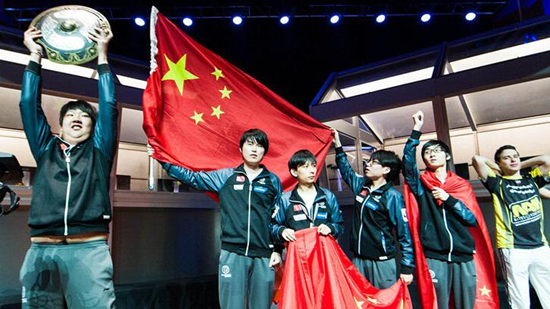