N0tail at TI9: "OpenAI would also use buy,back just to fight us"

N0tail at TI9: "OpenAI would also use buy-back just to fight us"

After the group stages of The International 2019, OG were already looking poised to take the competition, having finished at the top of their group and without any absolute losses. During this time, Johan ‘n0tail’ Sundstein, one of the most well-known players in the Dota 2 scene, gave Max+ an interview and thanks to Yuhui Zhou, we have the translation for you.

As we all know, OG went on to win their second consecutive TI – becoming the first team in the history of the tournament to win twice and breaking many other records along the way.

You’ve been to Shanghai many times, is this time any different from previous ones?

This time we are attending the most important tournament not only in Dota2 but also in the whole esports scene. It also has the highest prize pool. So, out of all the tournaments I’ve participated in in China, this is the most exciting one.

Are you satisfied with your performances in the group stage？

With the group stage now over, is there anything you think your team can improve on?

I think there’s always room for improvement. A strong team should always aim higher and take the leap. For our group stage, I think we could have played more aggressively and put more pressure on our opponents.

Why did you pick Newbee as your first opponent in the main event?

We flipped a coin.

What kind of preparations will you do before your match-up against Newbee? 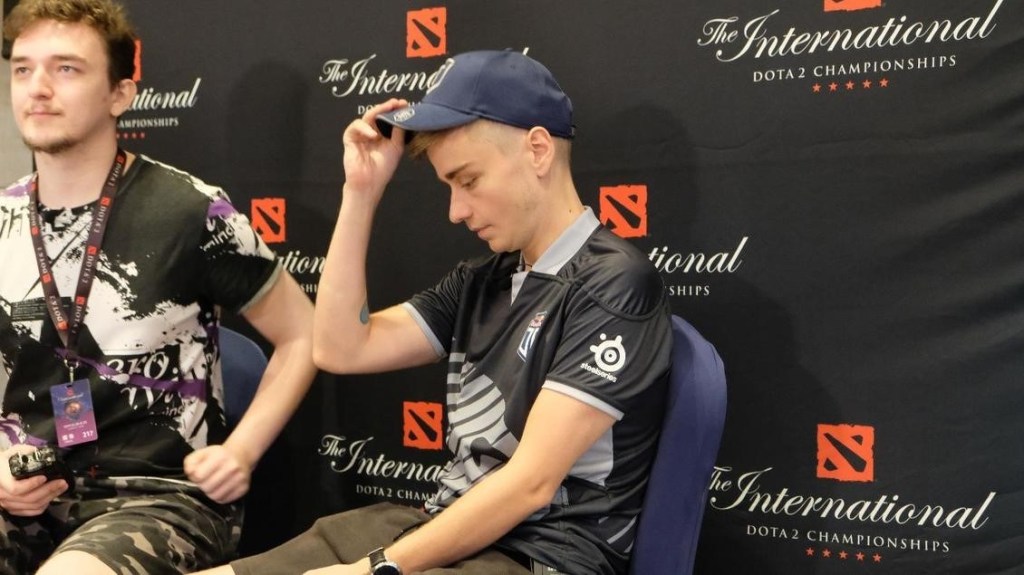 In the group stage, you tried lots of new strategies. Have you practiced all these strategies or were some of them improvisations?

In Dota2, every team is discovering news strategies around different heroes. We believe every hero has its unique strengths; we just implement this idea into our draft.

What about the IO carry?

Ana practiced IO all by himself, he plays this hero a lot but we’ve never tried it in scrims. A team will never force a player to play a hero he doesn’t want to play; drafting is about balancing between what the lineup needs and what players want. There are still a lot of heroes that we think are feasible in pro matches but haven’t tried yet.

You played pretty aggressive in your group stage matches, sometimes you would choose to buy-back just to keep the aggression going – where did this style develop?

We just did what we thought was the best decision, when we were playing against OpenAI, they would also use buy-back just to fight us. Sometimes it turns out to be the right call, sometimes not. We haven’t paid too much attention in this aspect and we simply want to play our own game.

So, you mean you put what you learned from your matches against OpenAI to use at TI9?

You can interpret this however you choose.

Last question, do you have any expectations for this TI?

No, we simply want to try our best.

下一篇：DuBu left Fnatic, 23savage will form a team with Jabz?