VG won the game BUT TIMS WON OUR HEARTS.

VG won the game BUT TIMS WON OUR HEARTS.

Looking back at yesterday’s upper bracket game between Vici Gaming and TNC Predator, let’s be frank here, both teams played their hearts out. It wasn’t because TNC played bad or anything but VG just had the game in their hands.

However, we can really appreciate TNC’s first game win against the favourites in the International 2019. More specifically, Tims the position 4 support aka “soft support”, who eventually became a fourth carry. In game 1, Tims was playing pos4 Tiny. But the game eventually got so late that even he reached level 25. As the game went, Tims was seen holding more than 11K gold without spending it on anything at 60 minutes.

As explained by Synderen, Tims was calculating how much he needs to get the 2 core items he wants to win the game. Tiny’s combo right now is of course, the Tree Volley with Daedalus. The insanely high DPS at just a single click (and short cooldown) is definitely an overpowered combo. Not to mention that it is physical damage so it pierces through the enemy carries’ BKB.

The reason behind saving so much gold instead of individually buying each item, is sort of a mind game tactic to deceive VG into thinking that Tiny is not a carry and can’t deal any damage. Plus, because Tiny is naturally very “tanky” due to his ultimate, he doesn’t need any big items to keep himself from dying. Hell, just look at his insane jukes in the next chapter!

Tims once again in the same game proved how he’s a tier-1 player. Despite being pos4, he single-handedly saved his carry’s life. It all starts with that Infest by Gabbi, and Tims immediately blinking out to get to safety. However, they were under ward vision and got cancelled by Magnus.

Instead of dying, they fought back and managed to kill several. VG got tired of Tims and decides to chase after him instead, letting Gabbi escape death. But Tims wasn’t planning to be the sacrificial lamp. After all, he’s a carry himself. He managed to force staff and blink out just in time to get away from VG too.

The amount of space Tims created for his teammates who are dead is just absurd! He wasted 60 seconds worth of death time for his team to respawn, not allowing VG to take any objectives. 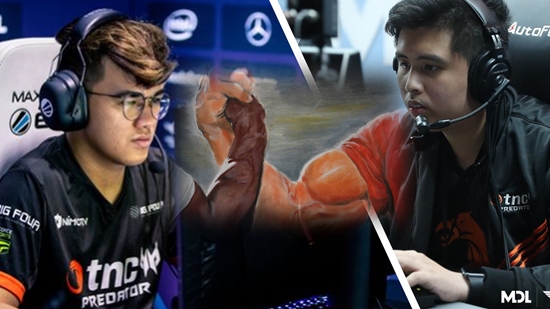 Now then, if you think that was all Tims did, be ready to be surprised. In the group stage days ago, facing Liquid, Tims on Earthshaker successfully predicted where Miracle is. After dealing enough damage on Miracle’s elusive Ember Spirit, Miracle managed to escape.

Little did Miracle knew, there’s a stalker on TNC’s team, waiting to hunt him down. Tims ran all the way to the top side’s Radiant jungle camp, and blinked exactly at where Miracle is teleporting. Oh, there was NO wards at all! This guy studied Liquid players, more specifically Miracle so much that he understands Miracle’s playstyle and behaviour?!

It wasn’t just Miracle though. Even w33haa didn’t stand a chance! Right after that kill, Tims even decides to kill w33’s Pangolier, also a very elusive hero. He managed to catch the mid player too after he used his Rolling Thunder. 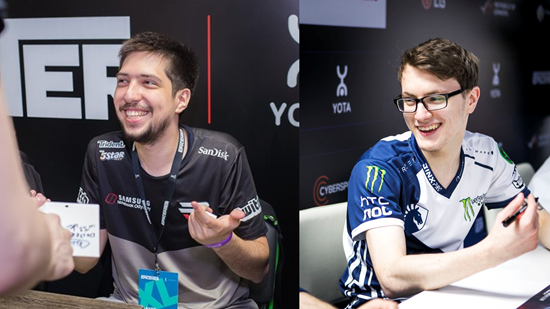 Will this be TNC’s year? It definitely feels so. While we can’t have too high hopes for TNC to be the TI9 Champions, but top 6 or even top 3 seems possible. Either way, all of us definitely can’t wait for more epic plays by this guy.

Speak of the devil, looks like we will have a déjà vu later today as TNC faces against Team Liquid again! Will TNC wipe Liquid dry? Tell us your predictions! Stay tuned.