Oh, well TI9 started, so no point talking about day 1. That said, if you did pick Miracle on Day 1 in your Fantasy Challenge, then good news! You probably got yourself some sweet ass points for head start. The same can be applied for these teams as well, if you picked any player from Chaos, Keen Gaming, PSG.LGD, Secret and TNC Predator.

Anyways, we should let bygones be bygones and look forward to day 2. Looking at second day, you would most preferably want to pick players from Evil Geniuses and OG. You could pick Vici Gaming, Infamous and NiP as well but why would anyone do that?

Sometimes, you just have to trust the king to rake you the most points. Of course, I’m referring to Sumail and Artour works too. That said, all the above choices are fine but you might not want to pick the offlane players in any case.

On the other hand, avoid Chaos and Secret because they only have one game.

On the third day, while you can choose players from Alliance, Chaos, Keen, Mineski, Newbee or Secret, you definitely should consider your picks. The past 2 days should give you a good enough idea of which teams are doing great and which teams to avoid.

So, I would most likely place my bet on Secret being the most stable choice. Chaos is fine too, for the sake of Matumbaman. However, if any of the teams that have the most games on day 3 and is in a winning streak, they are good options as well but we don’t know that yet. Of course, avoid EG and VG today. 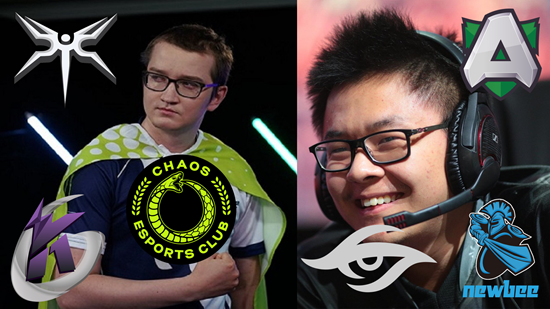 It all comes down to the final day of the group stage, 2 teams will be going home (or going on a vacation across Shanghai). Anyways, you would be spoiled for choices for the final day because there’s so many favourites to choose from, such as Virtus.pro, EG, Vici Gaming and even Fnatic might seem like a decent pick.

Once again, always review the past games before deciding who will be your picks that could secure you the most points. While all the teams have their final shot at determining who will play the upper brackets and who will be unlucky enough to play a best-of-one in the lower brackets, Keen Gaming gets to shake their legs and take a break. Although the group stages have concluded, the fantasy challenge is still not done, so don’t be too disappointed just yet. In just 2 days, the playoffs are back and you can pick players for your fantasy challenge again. Until then, may your favourite team be with you and earn you as much points as you hope.

Note that being good at fantasy challenge earn you quite some battle pass points, so definitely not something you want to miss. What are you waiting for? Tune into Twitch, in-game or even Youtube, to watch it LIVE! Don’t forget to tell us what team you are rooting for.