With all this TI9 news & hypes on the way, let’s not forget about this another competition to decide the the next hero to be featured with an Arcana.

From the Quarterfinals, we are heading on to the final and remaining 2 heroes. 2 losers was eliminated in the previous round which was Faceless Void; Lost against Ogre Magi with a total of only 11.4M votes (42.5) and Mercurial the Spectre; Lost against Windranger with a total of only 9.7M votes (43.5%). It is yet another an unsuccessful year for Faceless Void, only this one Darkterror did not even reach the Runner-up place. 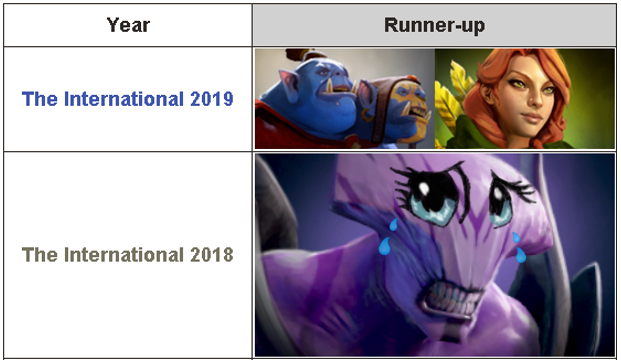 Photo edited is taken from: dota2.gamepedia

It’s show time for the Grand Finale.It’s a very intense matchup and the community seem to be divided on their favorites on this one. Nevertheless, both are great heroes. The 2 headed-suppport Ogre Magi vs an extremely versatile hero Windranger. They ended up winning the Quarterfinals with very close percentages so expect this year’s finale to be a close one! 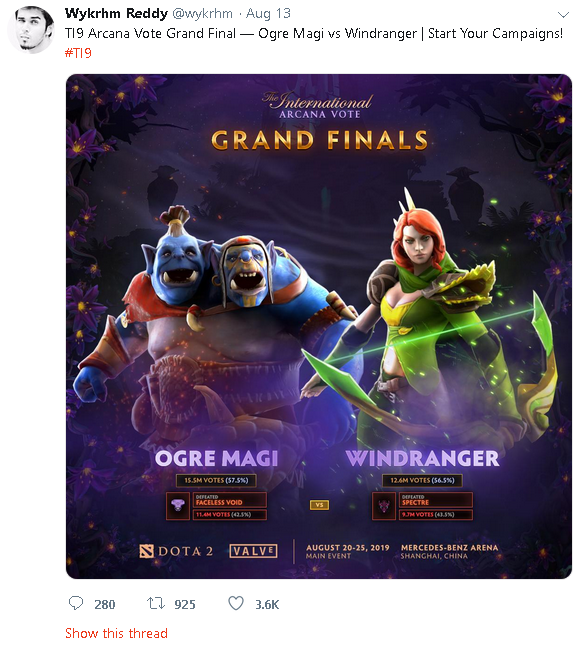 We will find out the announcement of who will be crowned champion several days in The International 9. What are your thoughts? Tell us in the comments down below and I’ll see you in the next one.

下一篇：Road to the Aegis begins: Groups and Schedules announced