Over the year, Valve’s workshop, especially DOTA2 workshop, has been littered with spams of scam giveaways. It appears on the Featured page where you see your DOTA2 page is because the person behind it, uses bots to spam “likes” on them to get it featured.

However, the worst part about this is that it is so stupid that you could not think of anyone who would fall for it, right? I hope I am not wrong. Anyways, we are going to miss them starting today. 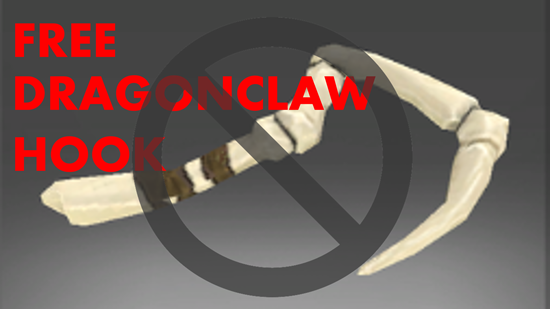 The long-awaited fix for this issue is finally here. Valve added a layer of filter before stuffs get added into the workshop where all players can view it publicly. This change only applies to CS:GO, DOTA2 and Team Fortress workshop, as these are the most popular ones at least.

While Valve did not state the reason behind the update, it’s obvious that it is a solution against the spam and scam items breeding in the workshops. Credits goes to PCGAMER for the tweet. 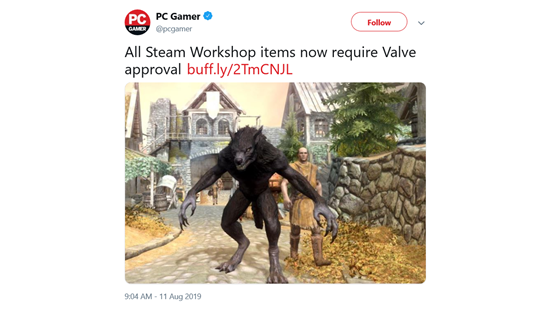 Ever since the introduction of skins that has value for buy and sell, scammers are on the rise till this day. Some opted for the more personal method, where they add someone, ask them to click a link to get “free skins”. On that site, it prompts to the Steam login page, but that’s where the scam happens. The Steam login page is a phishing site, made to look exactly like Steam’s login interface. After the victim enters their login username and password for their Steam account, their account is at risk of unauthorised access and trade of items.

Other methods are different but at the end of the day, it’s really just trying to get your private information such as login details. 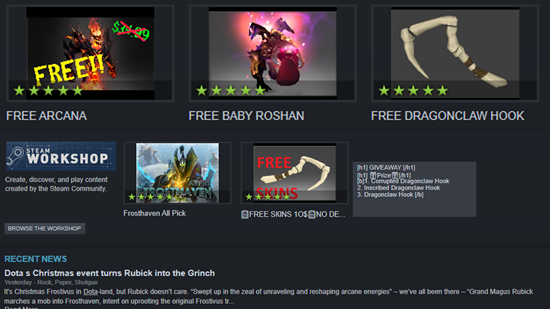 Chapter 4: Dummies’ Guide to Not Get Scammed.

Of course, firstly, don’t be so naïve. Noone in their right mind would give you a free dragon claw hook. Even if it says it’s going to trade it for your one arcana. After all, if it’s a trade, it has to be fair for both sides, so why would someone pay so much more?

Next, when login into any third party site, be sure to check if it’s actually legit. A quick Google search on the site’s name on Reddit, might give you some answers from other users, whether if it’s shady.

Lastly, make sure it’s really Valve. Valve’s login page has this encrypted lock symbol on the left side of the URL. A click on it will reveal Valve’s information such as its HQ and it even says “Valve Corp (US)”. Usually, phishing sites do not have this security feature. 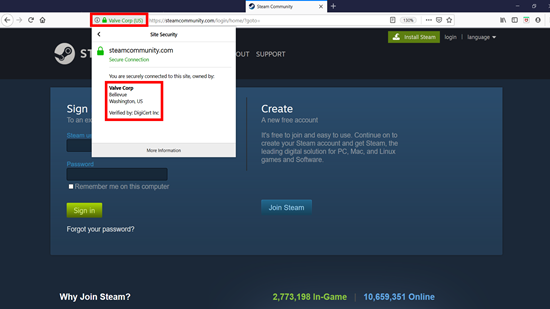 Chapter 5: A Sight for Sore Eyes.

All things considered, the spam and scam items on workshop should have been removed a long time ago, and to be featured on Steam interface itself? That’s really unprofessional to say the least. But hey, it’s better late than never.

That said, have you ever been scammed on Steam before? Share your experience! Stay tuned.