MIBR benched player Marcelo "coldzera" David has revealed that he has already received word of interest from four different teams.

The two-time player of the year is currently assessing his options after stepping down from MIBR's roster, having expressed his wish to pursue a new challenge after four years as part of Gabriel "FalleN" Toledo's team.

As successful as it was, coldzera's tenure with the squad was not without its troubles. In 2018, he twice considered leaving the team for pastures new, but his high valuation proved to be a major hindrance to a move. 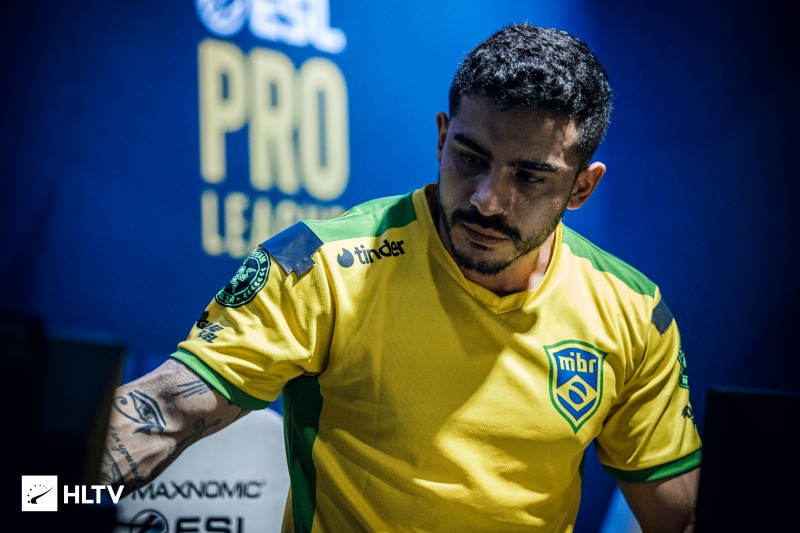 coldzera will not make any decision before the Major

A raft of suitors now seem to be interested in coldzera, who has confirmed inquiries from "four teams", though he is in no hurry to commit his future as the StarLadder Major is just around the corner.

"I am still analyzing the offers I have received," he said in an interview with ESPN Esports Brasil. "After a Major there is always this game of musical chairs in the scene, so I still need to wait and see if I receive some other offers.

"The financial issue is the least of my concerns. My biggest concern is who I will play with, the kind of organisation I will play under, if it has a good structure or not.

"There are many factors that need to be considered, and I need to do it with care. Every rushed decision brings problems in the end. I am very calm, even if I do not compete for two or three months.

"I am going to Europe on Wednesday to practice individually. By the time I join another team I will be very strong."

In the same interview, coldzera lamented that he has been painted by his teammates in interviews as the villain, noting that Epitacio "TACO" de Melo and João "felps" Vasconcellos were treated differently when they decided to leave the team last year.

"After I left, they went a bit overboard in terms of [finding] happiness, saying that 'we are better off without him'," he said.

"I think that was very low and it hurt me a lot to see that because I left the team and I did not say anything bad about anyone. I was just quiet, like nothing had happened.

"They kind of started to put the fans against me. It seems that they want me to feel bad about my choice, even though I had been thinking about it for a year, and they knew that. I was pretty upset and I did not think it was right.

"I have not talked to them about it, but they know that I am quite upset. They tried to soften everything afterward and tried to talk to me, but I did not reply."

Asked about what he would have done differently, coldzera admitted that it was a mistake to pull the plug on the international project at the end of 2018, when the team decided to return to a fully Brazilian line-up and part ways with Jake "Stewie2K" Yip and Tarik "tarik" Celik - two players who have gone on to enjoy success on Liquid and NRG, respectively.

"Stewie and tarik are good players, but at the same time we did not feel comfortable with the communication issue," he explained.

"The team was good, Stewie and tarik brought new things and are always trying to improve. If we had given the team more time, we would have been strong. We reached some finals and we pushed Astralis to the limit. We lost those games because of mistakes we made."

下一篇：Where I Want To Be