It was almost a month ago when Valve made a blog post announcing The Summer scrub to definitively make improvements and also to fix both major and minor bugs found in order to be able provide a healthy and genuine experience in our daily Dota.

Today’s update is titled by Valve as the “The Summer Scrub Part 2”. One of the most requested features that was added is the customizable hero grid wherein you can create profiles of certain hero layouts of different categories you’d choose with renaming & resizing is included. 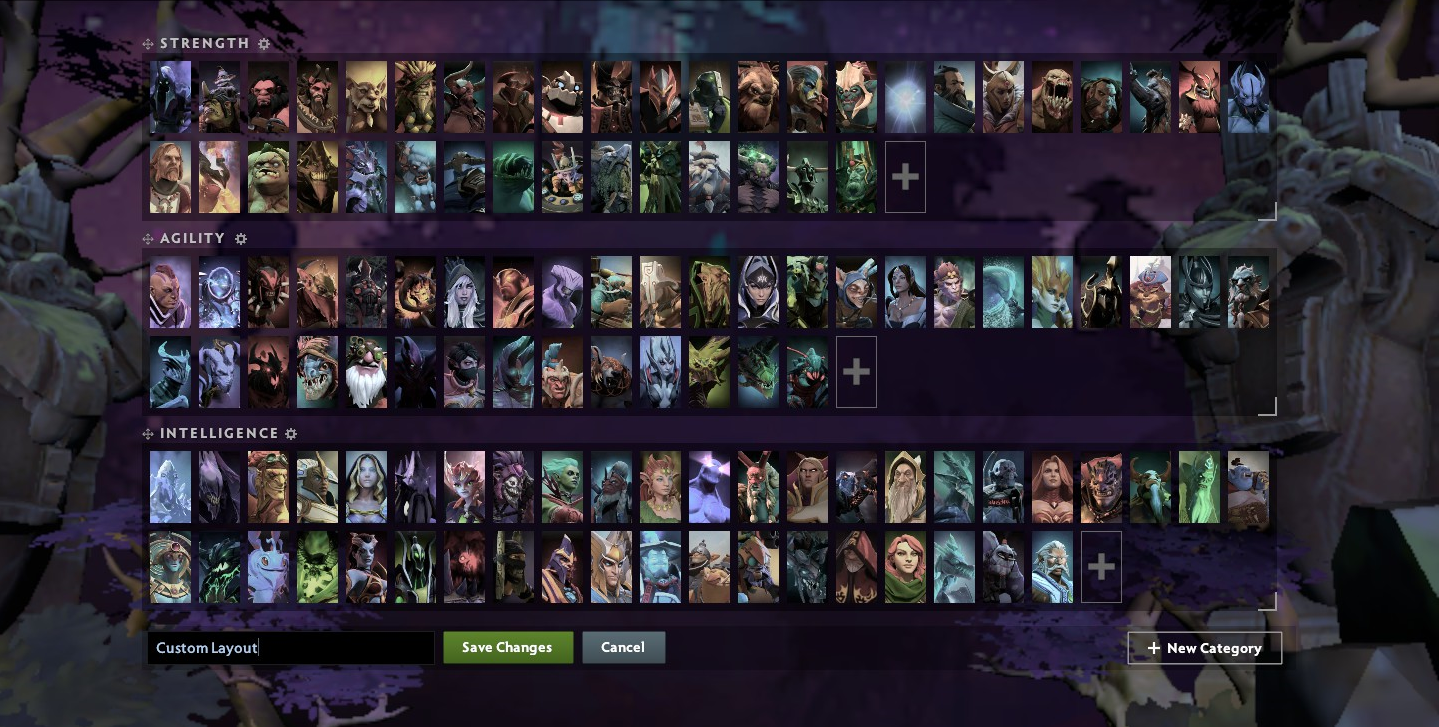 Another thing would also be the alternate lay-out for the in-game shops. Per usage of items is now classified and it can also properly customized at your convenience while being divided into sub-categories; Basics and Upgrades. 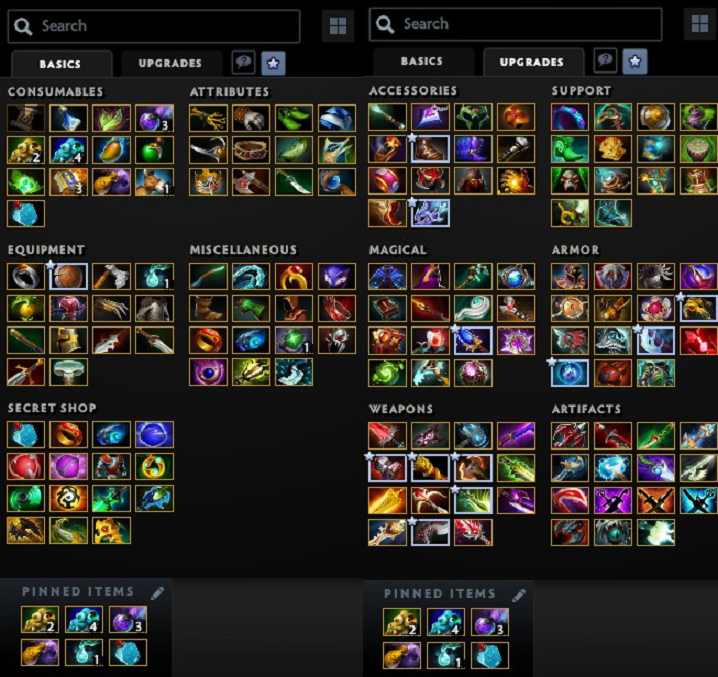 But not only just that, on the game side, Valve announced that they’ve submitted a wave of bans for players found exploiting matchmaking, botting/transferring accounts. Feel free to take your time to read the full update since it involves a lot of changes in the game. Here are the complete list:

Queued commands will now show up in the HUD

Added Talent tree to the in-game and post game scoreboard

Added a hero icon next to the in-world health bar

Added custom water effects while Morphling is morphed into another hero

Added a custom overhead effect for when heroes are deniable

Increased the maximum number of player reports from 3 to 5

Increased the number of reports high behavior score players get

Scan can now be alt-clicked to inform team of its cooldown state. A ctrl-click will advise the team not to use it yet.

Fixed a large number of outdated or inaccurate tooltips

Steam nicknames are now displayed as player names within a match

Added a buff to Spirit Breaker while charging that indicates the target of Charge of Darkness, which can be alt-clicked to broadcast this information to your team.

Fixed pinging an enemy empty bottle saying it had a Double Damage rune.

Fixed pings on large targets sometimes being difficult to see.

Fixed Morphling looking bald when he morphs into Kid Invoker

Fixed Sven Warcry not having a radius on hover

Hero Demo: There is no longer a 24 item limit (old behavior resulted in "Item Is Not Allowed For This Hero" message)

Added a visual effect on self solar crest use

The Damage Taken and Dota Plus sidebars no longer clip into unit portraits for Meepo/Lone Druid.

Fixed the hitbox for hero inspect during pregame sometimes overlapping with other features (e.g. the Guides tab)

Fixed Brewmaster's Storm Brewling's Cyclone sound getting stuck on in some cases (e.g. when used on Roshan)

Orchid can be found in the shop with the "silence" keyword.

Fixed the Party Finder click region being too large

Added a tooltip to the Random button

Fixed Jinada not playing its animation

Changed Dark Seer Wall of Replica cast behavior. Now the cast target point is in the middle of the wall, instead of the end.

Fixed some illusions that are not secret having hero health bars instead of creep health bars (Conjure Image, Vengeance Aura, Dark Portrait)

Fixed Faceless Void getting slowed by Haste Rune inside Chronosphere

Fixed certain aoe abilities turning the caster around when self-cast while on the move (e.g. Surge with talent, Press the Attack with talent)

Fixed Elder Titan's Scepter upgrade applying the magic immunity at the start of cast time instead of channeling time.

Fixed a number of bugs with the Hill Troll Priest and its heal ability.

Fixed Doom's Infernal Blade still going off if Doom's ability to cast it was lost during the attack animation (i.e. Silence).

Selecting illusions now shows the gold of the player instead of 0.

The small building in front of Radiant's T4 towers is closer, so Jakiro's Liquid Fire can spill to both T4's in Radiant base, as it already does in Dire base

Fixed first strike of Eye of the Storm not reducing armor.

Morphling and Rubick can no longer apply Ogre Magi's Multicast passive to stolen or replicated spells.

Fixed extra Rupture charge being consumed when combined with Soulbind

Fixed Morphling Morph permanently copying item Multicast when Morphing to Rubick who had stolen a spell from Ogre Magi.

Fixed Rubick being able to use abilities when in Supernova

Fixed Phantom Assassin's Blur being removed by the pedestals left behind by destroyed effigies.

Fixed Morphling bug where if he replicated a hero that had changed its attack capability [Lone Druid, Morphling, Terrorblade], he'd get the wrong combination of attack type + attack range

Fixed a bug where players weren't being given kill credit if their summoned units killed an enemy under the influence of Wraith King's Scepter, and that summoned unit died before the wraith died.

Fixed any items (such as gems) being movable to the courier's or Lone Druid Bear's TP slot.

Fixed Bloodrage counting as a buff if cast on enemy heroes.

Fixed Rubick's Storm Element not getting Cinder Brew when Rubick had Aghanim's Scepter.

Fixed Take Aim range bonus getting stuck if leveled up while the additional bonus range was active.

Fixed Enchantress Enchant buff not properly giving control to Enchantress on creeps that had previously been Enchanted then re-dominated by another player.

Fixed the "Select Hero" hotkey not allowing you to select Vengeful Spirit while having a Vengeance Illusion alive.

Grimstroke's Soulbind: Fixed secondary channelled spells not being interrupted when the source caster is interrupted or dies

Fixed Scepter upgraded Illuminate has a 10s cooldown instead of 11

Fixed Brewmaster's Fire Brewling's Immolation not being disabled by break

Fixed Aghanim's Scepter's ambient effect being visible on Monkey King when he's in a Mischief disguise.

Fixed Juggernaut being able to attack creep heroes while applying Blade Fury damage to them.

Fixed Pugna taunt (Taunt: Check this Out) not working in Perfect World client

Fixed some challenges that dealt with kills from spells not counting for spells that generated attacks( i.e. Tidehunter Anchor Smash )

Grimstroke can no longer receive the Halberd Duration challenge

Fixed a regression that caused SetCustomAttributeDerivedStatValue to not function

API Additions: "dota_scan_used" and "dota_glyph_used" game events are now broadcasted to the server

Well, aren’t you proud of Valve?! They’ve finally had the courage to take action in fixing one of their biggest game. At the same time, it’s an amazing turn since TI9 is one week ahead of us. Tell us your thoughts down below and I’ll see you in the next one.