Say goodbye to this hero in a few days

Say goodbye to this hero in a few days

Currently the second most popular hero, 57 percent win rate among brackets, and once considered as a weak hero, this hero found itself slowly rise to the top during the duration of patch 7.21d which we expect to end in a few days.

This hero is none other than Traxex, the Drow Ranger, where we will discuss how she became one of the strongest heroes in the meta, especially in pubs. 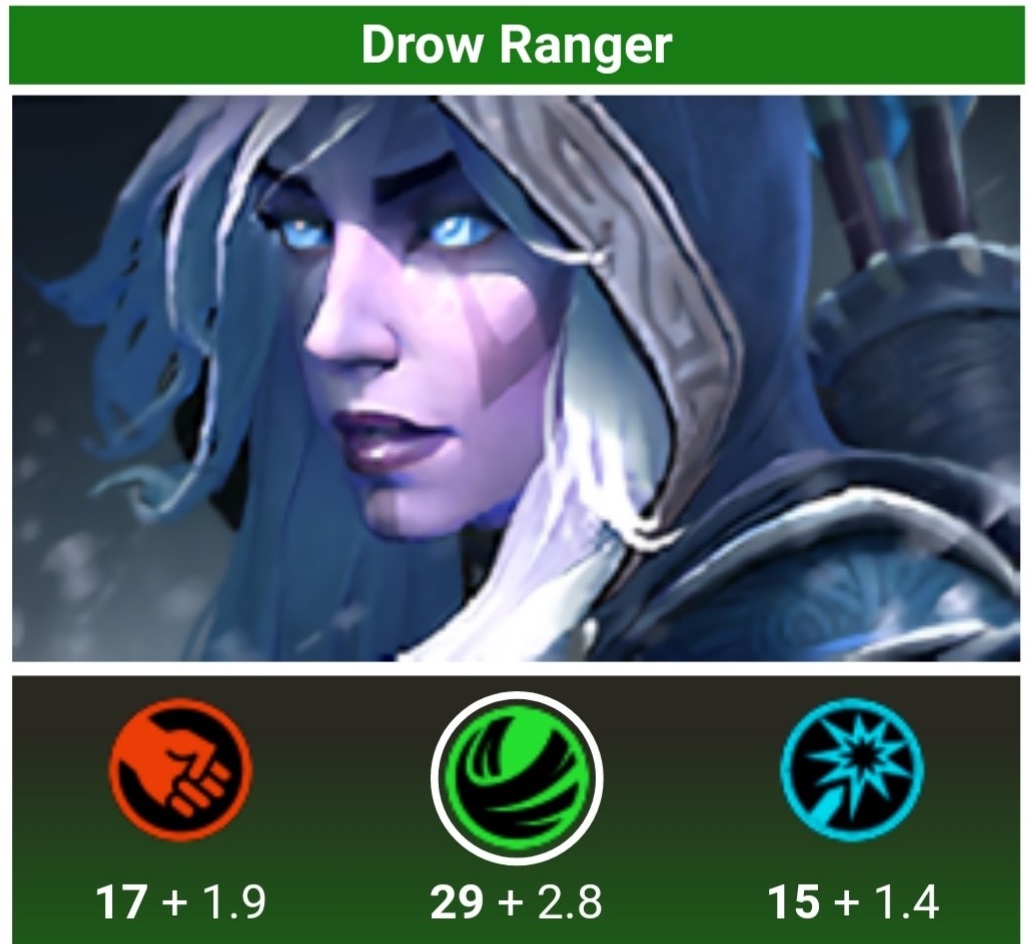 To give a quick rundown of her skills, her Q, Frost Arrows is an autocast skill that slows 64% enemy movespeed for 1.5 seconds; Gust that silences and knockbacks enemies for a minimum amount of 3 second silence and 0.9 knockback duration; Her E, Precision Aura adds attack speed to ranged heroes and creeps depending on a percentage of her agility; and for her ult, Marksmanship, is a passive that gives Drow a chance to deal armor-ignoring physical attacks as well as one-shotting creeps.

Generally, Drow’s effectiveness in a game does not require her to be full-slotted because in her early game, Drow’s Precision Aura help her team get the advantage of extra attack speed with Drow’s agility. This can be done by simply buying Drow three Wraith Bands that will give her 18 bonus agility.

Furthermore, her laning presence should not be undermined because even at level one, her Frost Arrows can be used to cut the gap between her and the enemy with the slows. Meanwhile, her silence complements her ult well, as she has to knock back enemies so her ult can start to proc.

Based on Dotabuff’s statistics, Agility-boosting items such as Wraith Bands, Power Treads, Hurricane Pike, and Shadow Blade are Drow’s key items. Wraith Bands are stacked in early game so the bonus stats can increase her lane survivability as well as increase the power of her E. Power Treads is optimal to Drow for the Tread switching is beneficial in terms of additional HP (strength) when being chased, additional attack speed (agility) when farming, and the additional mana (intelligence) she needs when for a much needed Gust or to refresh the slow debuff on an enemy through Frost Arrows.

This was almost the same on previous patches until 7.20c was released on November 2018, where it buffed Drow’s ult to add 120 physical damage to Marksmanship procs, but only works when there id no enemy hero within 400 range. From then, Drow was continuously buffed.

At level 3, Drow’s ult has 40% chance to proc, and with an Aghanims Scepter upgrade, Drow’s attacks will hit nearby enemies. So in the late game, most Drow players opt for BKB, Butterfly, Manta Style, and Silver Edge. BKB allows her to right click without any fear of being heavily disabled in fights and Silver Edge for breaking the passives of enemies.

But, the Butterfly and Manta is one of the most beneficial late game items for her solely because of the Agility. Imagine you’re playing as Drow, you sneak with Shadow Blade, hit an enemy, cast Gust to knock them back so your ult will proc, activate BKB and Frost Arrows, then slowly take the enemy down one by one. You flutter with Butterfly and dispel some skills with Manta. You even distanced yourself from an enemy using your Hurricane Pike. With almost little help from your team, you wipe them all and push their throne for victory.

How did this happen you ask? Its because of your positioning and Marksmanship proc. At level 3, her ult will proc twice every five attacks and how will you make this proc? By increasing your agility. Additional agility from the items I have mentioned gives Drow the attack speed needed to obtain two of those procs every five attacks. The quicker you hit, the faster you will proc. Not only that, the additional agility also boosts your ranged allies’ attack speeds, giving your team the advantage before the fights even break out.

So the two things that make Drow a strong pub master is the way a player itemizes and positions her. As long as you live, your team will benefit from the Precision Aura, while you slow and silence enemies with Q and W as well as hitting them with Marksmanship Procs.

In this patch, we all had a fair share of the best and worst Drow Rangers in our games. Some of you spammed it, while some quickly banned them. Hopefully, the next patch will bring this hero a step down in pubs by balancing her ult and passive.

How did Drow help you with your MMR grind?

What changes do you think they should do with Drow?