Another brand-new Overwatch skin has been revealed from the game’s upcoming event.

Formal: 76 is the newest Legendary skin that will join Overwatch later this month as part of the Storm Rising event. “Save the medals, I’ve had my fill,” the official Overwatch Twitter account wrote. “Commemorate your glory as FORMAL: 76 (Legendary).” 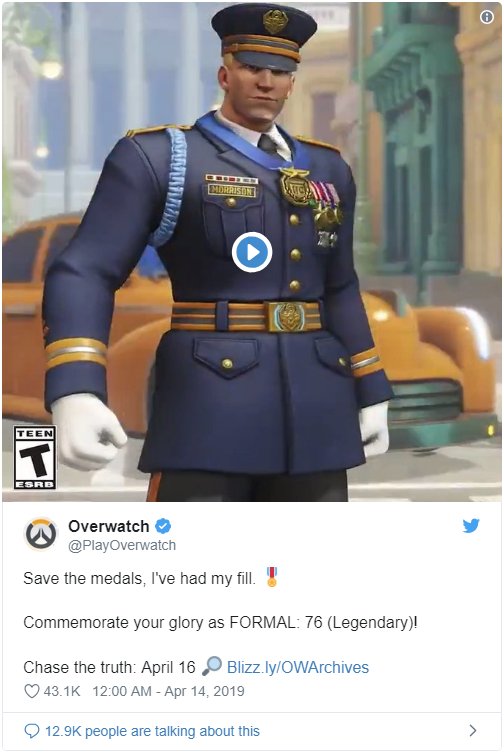 As the name suggests, this skin gives Solider: 76 a very official look. He’s wearing what appears to be military attire with a few pins and medals.

The Storm Rising event will be live from April 16 to May 6.